Why is Poland becoming so popular for commercial real estate investment? 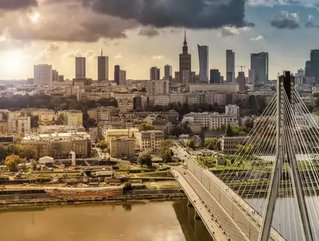 According to data provided by REAS – leading Polish real estate consulting agency – as many as 67 percent of investors believe Poland is "very attractive" for placing of investment here. At the same time Warsaw occupies the highest place in many rankings evaluating the attractiveness of cities, including latest ranking by fDi stating Warsaw on the third place in the "European city of the future" category, ahead of such cities like Prague.

Lately we have been observing an increasing interest from investors looking for destinations with a stable foundations in post-Brexit reality and having strong growth potential. The biggest commercial potential can be observed in high street sector, especially for premium and luxury brands. Many of them already started to acknowledge Warsaw as next big luxury destination in Europe.

Warsaw is among the eight largest European cities with the greatest potential for the development of shopping streets. The economic potential is also confirmed, among others, by the latest KPMG report "Luxury Goods Market in Poland". It shows that in 2018, Poland can accommodate up to 1.2 million people who are wealthy and rich.

As far as tourism is concerned, Poland after joining of the European Union in 2004 has become a place frequently visited by European tourists. In 2015, the country scored 16,8 million tourists. Warsaw, as a capital, of Poland, similarly to Prague in Czech Republic, became very important tourist destination of the country. In 2015, Prague was visited by approximately 6.3 million tourists, while numbers of visitors in Warsaw was two million lower (4.2 million).

Although fewer tourists came to Warsaw than to Prague in 2015, the capital of Poland was perceived as more attractive destination (the 11th world’s most attractive tourist destination vs. 19th for Prague). Shopping purposes is a main focus for around 15 percent of visitors coming to the capital amounting to one million foreign shoppers and this number is growing significantly every year.