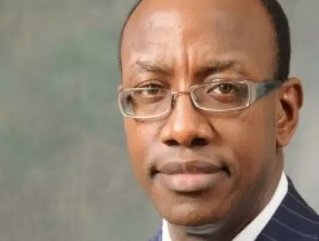 The first investment and economic forum aimed at turning Nigeria’s Bayelsa State into the “Dubai of Africa” has been confirmed as going ahead between July 16 and 18.

Called Unlocking Bayelsa State’s Economic Potentials, the forum aims to attract investors interested in the many opportunities that exist within its agriculture, aquaculture, oil and gas, ICT, tourism, hospitality and power sectors.

The forum is also in line with the present administration’s economic blueprint of a private sector driven economy and its government where in the future it hopes there will be non-application of local taxation.

Bayelsa State generates N1billion as internally generated revenue a month and is projected to rise to N6billion in the next few years if its bid to attract investors is successful.

The State Commissioner of Trade, Industry and Investment, Barrister Kemela Okara said: “Our expectation is that potential investors from different parts of the world, within Nigeria and Bayelsans in the Diaspora will come and take advantage of the opportunities.”

He further said that in line with the administration’s vision of making the state the “Dubai of Africa” the government was creating an enabling environment complete with adequate security, infrastructure and an investor-friendly legal framework.

Some on-going projects which the Commissioner said might appeal to  potential investors include the Agge Deep Seaport, the Cargo Airport, the World class diagnostics centre, a multi-billion naira five-star hotel as well as the free trade zone .

Director General of the Bayelsa Investment Promotion Agency, Freda Murray-Bruce, said that the choice of Bayelsa as host of many international events in the past two-and-half-years attested to the fact that it is the most peaceful state in the country.

Noting the relevance of the power sector to the economy, the Special Adviser to the Governor on Investment, Cyril Akika disclosed that the government, in addition to the present power supply is planning to generate 3000 megawatts to boost power supply in the state.