City Focus: Munich, a European base for big business 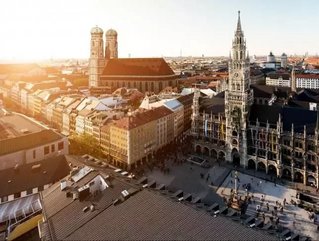 Business Chief takes a look at how this charming Bavarian capital is also promoting strong, diverse business as a European base for several multinational giants.

Munich – the facts
Munich, Bavaria's capital, was once best known for its raucous Oktoberfest celebrations, its neo-classic architecture and its glockenspiel, but there is much more to modern Munich than beer halls and frivolity. The city is the centre of one of Germany's 11 metropolitan regions, with a total resident population of more than 6mn. It is the third-largest city in Germany and the 12th largest of the European Union.

Of its 1.47mn residents as of 2017, Munich was home to more than 300,000 foreign nationals, many of them with roots to Turkey and various Balkan nations. Munich's mayor represents the Social Democratic Party that has retained power since 1948, except for a brief span of six years. The progressive political climates of Munich and Nuremberg, Bavaria's second-largest city, run counter to the prevailing conservative orientation of the bulk of this unique German state.

Strong, diverse industry
Munich is a financial centre and home to several important global companies, including BMW, Siemens AG, Man AG, insurance giants Allianz and Munich Re, and electronics firm Rohde and Schwarz. The city is also an influential financial centre, and home to numerous other firms that manufacture products from jet engines to semiconductors, lighting fixtures to injection moulding machines, cameras to medical instruments. Microsoft and McDonald's also have European headquarters in Munich.

Publishing, broadcasting and the film industry thrive in Munich. One of Germany's largest newspapers is based in the city, along with both the number one public broadcasting network and the German branch headquarters of Random House, the world's top publishing company. The city's financial base is also bolstered by numerous educational institutions and award-winning research laboratories. Biotechnology, software and service industries are the fields to watch in the future, according to forecasters.

Beer, with no less than six major breweries, and tourism, along with scientific education and research, and a growing focus on the arts, are all players in Munich's strong economy. The city has been recognised numerous times in the past decade for its low unemployment rate, high hourly wage standard for blue-collar jobs, the strong purchasing power enjoyed by residents, and its forward-thinking and business-friendly policies.

Lifestyle: Hand in hand with business
A vibrant and growing economy characterises modern Munich. The city was heavily damaged during World War II, and its architecture reflects a mix of historic and new. Many damaged landmarks were rebuilt in traditional style, but modern high-rise buildings, including BMW Headquarters, the Hypo Haus and Munchner Tor, are clustered near Olympic Stadium on the northern fringe of Munich, contributing to the city's unique skyline. Elsewhere, there are strict height limitations so that growth does not interfere with Alpine vistas.

The city has also made room for recreational areas and green spaces, such as the Englisher Garten, the former Olympic site and the royal Hirschgarten. The city’s acclaimed municipal zoo is also a popular destination for residents and visitors alike.

A well-connected metropolis
The city's international airport today is the second-largest in Germany and the seventh-busiest in Europe. More than 34mn passengers pass through Franz Josef Strauss International each year. It is also a major hub for transfers within Europe.

Rail travel to and from Munich is modern and efficient; the city's three main stations serve high speed trains that connect Munich to all parts of the European continent as well as to the city's excellent public transportation system. The Munich U-Bahn (underground rail) offers extensive service within the city and connects to the suburbs via the S-Bahn (suburban rail) as well as to tram and bus routes.

The area population of 2.6mn is well served by public transportation, with the average wait time at a stop only 10 minutes. Interestingly, the average one-way commute time is almost one hour and the average distance travelled in a single direction is 9.2km.

Because of the city's prosperity and growth, automobile traffic in and around Munich is extremely heavy, exacerbated during rush hours and holidays. A high percentage of residents own vehicles, and the city layout, as well as continuing construction in the city core, contribute to the problem.

Cycling is an alternative mode of transportation, and there are a growing number of bicycle lanes. Bike-for-hire enterprises are a new phenomenon in the city, however their combination with pedestrians and vehicles can cause issues.

A world-class city
With a focus on sustained growth and sustainable principles, Munich's leaders possess a business acumen that looks to technology as well as green enterprise. There is every reason to believe that the mix of culture, creativity, tourism and tradition that has produced the Munich of today will continue to shape its path into the future.