How much is live video changing the business world? 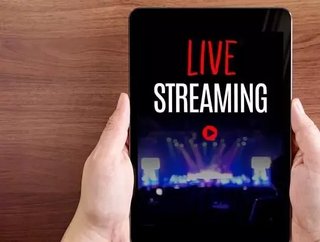 I read an interesting article last week which questioned whether Facebook Live will be a serious threat to broadcast TV and advertising. Although some argue that it will never replace traditional channels, to me, it’s clear that it is changing the game.

Just look at some of the examples of its use recently. We’ve seen use cases of it which vary from a criminal using it to stream a car chase, to ABC News incorporating it into the coverage of the presidential election. The latter attracted 28 million views during the Republican and Democratic National Convention – compared to just 7.5 million views on CNN’s TV channel. The immediacy of consuming live events on your mobile phone cannot be matched with TV; live, on-demand or otherwise. Access anytime, anywhere to events which we might have previously not been able to witness thanks to the ease at which live footage can be shared and captured is what’s driven this change. We are hungry for information which requires minimal effort to consume. Facebook Live has simply made it easier to broadcast to millions of people regardless of time and location and other social media platforms – like Instagram – are following suit.

What does this mean?

We are reaching a tipping point. Companies, governments and celebrities alike are using live video as more people continue to demand it. It’s clear, this trend has been driven by mobile – in both the supply and demand of live video – but for it to become the norm for everybody, three things need to happen:

Taking advantage of this new world

As we’re so close to the tipping point, the time is now for businesses to act to get one step ahead of their competition. Let’s look at advertising for example. Why would people pay for expensive advertising slots when they can reach a bigger audience through Facebook Live? If you’re a big star, it’s a no-brainer, you already have a high number of followers that will watch and share your videos and help them to go viral.

For smaller brands, they can become broadcasters at a fraction of the cost. Sky high television advertising may have prevented them from using video to reach potential customers before but this should no longer be the case. By working with an industry influencer, a brand can take advantage of their follower base and reach their target audience instantly.

Live video may not be a significant threat to broadcast TV and adverting today but it’s clearly changing the game. As we move into 2017 and beyond, it’s clear that live video is becoming even more impactful. The time is now for brands and businesses to start taking advantage of its capabilities and be at the forefront of the live video revolution.