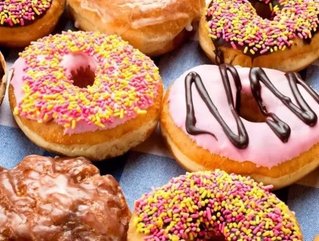 A UK branch of Krispy Kreme has been forced to drop its promotion for “KKK Wednesdays” – Krispy Kreme Klub Wednesdays – after a high volume of complaints.

The Hull branch of the doughnut chain posted an advert for the event on its Facebook page.

‘KKK Wednesdays’ was apparently scheduled to be part of the doughnut shop’s half-term activities – a series of planned events for children during the school break. The Facebook post has now been removed.

“Krispy Kreme apologises unreservedly for the inappropriate name of a customer promotion at one of our stores,” a spokeswoman for Krispy Kreme said.

“This promotion was never intended to cause offence. All material has been withdrawn and an internal investigation is currently underway.”

The Hull Daily Mail quoted a spokeswoman from the Hull branch of Krispy Kreme who said KKK Wednesdays would go ahead, but under a different name. “This was sent from head office so it has been advertised at all the outlets,” the spokeswoman said.

The Southern Poverty Law Center civil rights organisation regards the Ku Klux Klan as the “most infamous” of American hate groups. “Although black Americans have typically been the Klan’s primary target, it also has attacked Jews, immigrants, gays and lesbians and, until recently, Catholics,” the SPLC said.

The KKK started as a vigilante group to intimidate African Americans and perpetrated a litany of violent attacks through the late 1800s and early to mid-1900s. As late as the 1960s the KKK was committing bombings and murders in the US south.