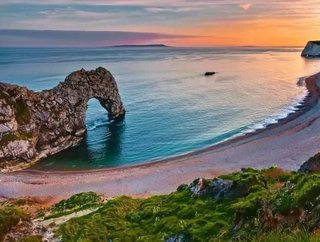 Fifty years ago the National Trust launched its ambitious plan preserve the British coastline for future generations and today the initiative is still going strong. Having made great strides in the project, the Trust is looking forward to a number of exciting developments.

Since 1965, the Neptune Coastline Campaign has raised roughly £65 million used to purchase and manage as much of the UK’s coastline as possible.

Read our Company Profile on the National Trust.

Funds raised through the Neptune Coastline Campaign have enabled the National Trust to purchase 574 miles of coastline, which brings the total stretch made available for the public to enjoy to 775 miles, spread across England, Wales and Northern Ireland.

Recently, the Trust has been able to acquire a stretch of the Great Orme near Llandudno in North Wales which is one of the UK’s top botanical sites, home to unique plant and butterfly sub-species. Archaeological finds dating back thousands of years have also been made in the area.

Director-General Helen Ghosh said: “Over 50 years the extraordinary generosity of people from across the world has enabled us to buy some of the most beautiful, dramatic and diverse coastline on these islands. This campaign has tapped into that deep sense of connection with, and love of, the coast. Without this, our coastline could look very different today.”

Looking forwards with its new coastal vision, the National Trust is looking to increase access to its coastlines by developing new paths and improving the quality of its existing ones in support of the Government’s promise to open up the entire English coastline by 2020.

The beer will be sold across 200 National Trust branches in the South West, St Austell Brewery pubs and is also available from the brewery’s website.

The National Trust is the largest single coastal landowner in England, Wales and Northern Ireland, it works together with Government agencies, partners and landowners to deliver a healthy, beautiful coastline rich in wildlife and culture, which people can enjoy and which benefits local communities and the coastal economy.

It costs the National Trust £3,000 per year to manage just one mile of coastline. To help make sure our coastline can be cherished for ever, for everyone, please make a donation here.