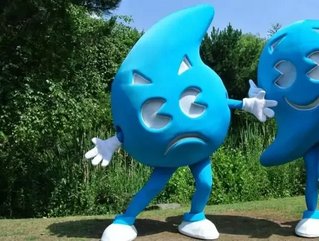 It is one thing to think you’ve spotted the missing link in customer engagement, and quite another to convince some of the world’s most recognised brands that their preoccupation with and investment in analytics isn’t necessarily telling them the whole story about what their customers really think.

But that’s what Nigel Shanahan, founder and chairman of Rant & Rave has done since the penny dropped for him during a fateful sales trip in 2009. Since then, armed with their innovative customer engagement platform, he and his team have succeeded in capturing the imagination of half the FTSE, helping them to bridge the gap between delivering proactive customer communications and harnessing the power of real-time feedback.

The company’s original platform focused on push customer communications – multi-channel messages about products and services purchased, or the status of ‘click and collect’ deliveries, for example. Today, the communication circle has been completed by technology which allows businesses to capture, interpret and present customer reaction to their experience in real time.

Shanahan’s moment of truth came during a dispiriting experience at a motorway café. The coffee was dreadful, the table was dirty and as his frustration mounted, he began to wonder why it wasn’t possible to convey his thoughts about the dismal service to the senior management of this well-known chain – rather than having to complete a survey (if one existed) and waiting until question 20 to make a point that was unlikely to register where it counted.

“I thought, if my feelings as a customer are to count for anything, they need to be captured in the moment,” Shanahan recalls. “I phoned my wife and said I had an idea, which fitted with everything we’d been doing since founding the business in 2001. If we could find a way to capture customer reaction in a timely and crystal-clear way, it would have a perfect synergy with our proactive messaging platform.”

Shanahan’s idea was based on the premise that the most valuable information about a customer’s experience is captured in the richness of the any-other-comments box at the end of a survey, rather than in the way they’ve ticked a generic set of boxes. And that information is only valuable if you can take the most important sentence verbatim, unpick the sentiment, analyse it and deliver a quick, intelligent response.

“It took us about 18 months to bring the platform to a sufficiently impressive level to show people,” says Shanahan. “We wanted to demonstrate that by enabling the client to have a sentiment-driven dialogue with the customer, capturing feedback as close to the experience as possible, we could cut through survey fatigue and get the story from the customer to the brand in real time.”

Shanahan admits that the challenge was tough. To begin with, even an existing customer base of well-known brands needed convincing that his vision of complete, transparent communication had something different to offer. Most companies were already deeply invested in surveys and analytic tools and didn’t have the budget to entertain a new approach.

“What makes us different to most sentiment engines, which tend to deal with averages in survey returns, is our ability to unpick the multiple elements of the customer’s response in their own words,” he says.

“If you capture the dialogue in the moment, you can immediately drill into the detail. I think I got it from the start – why would I answer a load of irrelevant questions when I could just tell you then and there why I wasn’t happy, in my own words?” says Shanahan.

“But I did get frustrated. We had a refreshing and exciting proposition, and a great way to capture feedback. We would have positive, evangelical meetings – then the let-down: they already had a long-term commitment to a survey provider, or they might consider a pilot project in a year or so.

“Now, things have really changed. Everyone is aware of the value of the empowered customer, and I think we’re in much more of a sweet spot than we were three years ago. It’s taken quite a while and there are still doubters and nay-sayers. But the fact remains that CRM systems alone won’t tell you how a particular customer felt during the last five times they’ve interacted with your business – and wouldn’t it be great to know that, so you can make changes where they’ll make the most difference?”

As a platform, Rant & Rave is focused on the front-line of engagement between the customer and the employee – whether they are in a bar or restaurant, for example, or communicating via a call centre. Shanahan says it creates a sense of excitement around being able to deliver a proactive response to a customer comment. He offers Ovo Energy as an example of how a business is using Rant & Rave to drive engagement.

“They have a terrific, excitable call centre workforce, with real energy, so they have gamified the feedback, creating their own vernacular around the topics that are important to the customer,” he says.

“They even recognise the ‘Raver of the week’. Our outcomes are found among motivated employees, in the call centre wallboards, and the teams and league tables competing to provide the best customer experience. A customer might find a call centre agent excellent but want to criticise a system or process. Rant & Rave allows the agent’s achievement to be recognised while the problem business process is addressed. It’s a customer-focused approach rather than one based on dry analytics.”

The gathering strength of this proposition can be measured in the company’s growth. It now employs nearly 70 staff – mostly at its Coventry headquarters but also an increasing number of remote employees around the country. Shanahan says Rant & Rave has been profitable since it was established, and monthly software subscriptions are growing by 50 percent year-on-year.

The company is expanding internationally. It is currently rolling the platform out across Linde Group in 22 countries around the world, and it is working with Homeserve in the US – a relationship which, says Shanahan, is already opening up prospects across the Atlantic. It has also integrated its technology with Salesforce, creating an app which will bring rich sentiment right into context with other customer information – opening up a host of possibilities for the subscriber’s business.

“We live and breathe customer engagement, which we think begins with the first communication and comes full circle with their feedback,” he says. “If you can capture sentiment after any interaction by asking for feedback, you can begin to build a pre-emptive communication strategy which drives down the cost of service, stops unnecessary calls and improves the customer experience – and even identify a sentiment-driven sales opportunity.”

That rotten cup of coffee certainly turned out to have dregs of gold.