Is there still a place for direct mail marketing? 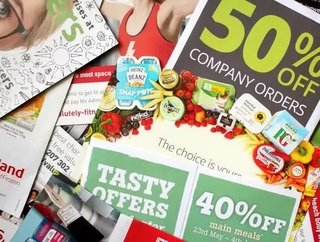 The world of marketing and PR is ever-expanding, and it can often be difficult to know how to channel your marketing efforts. Do you keep utilising traditional methods, go digital, or try a combination of both?

Recently, Royal Mail MarketReach published a report covering The Life Stages of Mail, an 82-page report on how different age groups engage with mail. Giving an exciting insight into marketing, Precision Printing has summarised this report for us, as well as making some suggestions and comments on the findings in the hope that you can better utilise for your marketing efforts.

The study chose to analyse age groups, as age is an absolute, linear figure that every individual can be categorised into. Age has always been used as a key part of defining demographics in marketing and is very relatable to those working in the industry.

The age groups were narrowed down further, and assigned to seven particular life stages, to provide an effective way of looking at the age category variations. The following is a look at these seven life stages in more detail:

Young adults living with a parent, of which they are three million in Great Britain. 52% are aged 18-24 and 17% plan to move out of their parents’ home within the next 12 months.

Adults living in shared accommodation, but not with a partner, of which there are 1.9 million in Great Britain. 51% are aged 18-24.

Families with one or more children living at home, of primary school age or younger, of which there are 8.5 million in Great Britain. 69% are aged 25-44.

Adults living with children, where one of the children is in further or secondary education, of which there are 3.6 million in Great Britain. 63% are aged 35-54.

An adult, or two adults living as partners, with children who have left home, of which there are ten million in Great Britain. 67% are aged 55-74.

An adult, or two adults living as partners, who are financially dependent on a pension or have an interest-only income, of which there are six million in Great Britain. 67% are aged between 55 and 74.

Royal Mail MarketReach asked two independent research agencies – Quadrangle and Trinity McQueen –  to look at the opinions of individuals in the different life stages, conducting qualitative research through interviews, cameras and diaries. In addition to this, users of digital technology were also selected, to effectively fit the respondents’ opinions into a digital users’ landscape.

Direct mail has an impact on store visits

When asked if they had visited a store as the result of receiving mail from a business over the previous 12 months, many of the groups responded positively. Young Families were at the top, with 31% agreeing that they’d visited a store as the result of direct mail, and Older Families weren’t far behind at 27%. Some of the younger groups also felt enticed to go in-store after receiving marketing through the post – 22% of the Couples questioned and 18% of those from a Shared House agreed with this statement.

TIP: Tailor your print advertising to encourage people to come in store.

Direct mail has an impact on purchase

When it comes to a final purchase, direct mail’s success varies between age groups. It has most effect on the Young Family group, with 30% of them admitting to have bought or ordered something as a result. Couples and Empty Nesters weren’t far behind, with 26% buying or ordering from direct mail. Even the less responsive groups were still responsive to direct mail – with 23% of Fledglings and 22% of Sharers still buying or ordering after receiving something in the post.

TIP: If purchase is encouraged by direct mail, it’s worth pushing your most popular, or most valuable, products in print form, then you’re even more likely to make a sale.

It looks like direct mail is still effective when it comes to getting your message noticed. 11.1% of Young Families and 11.3% of Older Families admitted that they paid more attention to an advert that was sent to them through the post. It also has an impact on Couples, with 9.3% paying more attention to an advert through the post, and those from Shared Houses at 6.8%.

Printed media is also still relied upon, with Young Families (15.2%) Couples (12.2%) and those from Shared Houses (9.7%) all referring to information from mail when online.

TIP: Investing in print adverts lets you have more impact and get your message noticed. For smaller budgets, save print for the one big message you want to make in your annual budget.

In fact, for many, something in print is perceived as more trustworthy than something online

Many of the respondents, as well as being responsive to direct mail, admitted to being more likely to trust something they receive through the post. This, potentially surprisingly, was particularly true of the Fledglings, 32% of whom said they were more likely to trust post marketing than online. Couples followed at 26%, with Sharers at 15%. This goes to show that print is still a very reputable choice.

TIP: If print is perceived as more trustworthy, there is even more reason not to neglect it. Even if your strategy is predominantly digital, approaching a prospect first by post will establish a trust that can then be emphasised online.

Online is the place for more information

Space on print and postal mail is often limited, and can’t often contain all the information readers need. In fact, 16% of Couples, 16% of Young Families and 9.2% of Shared House respondents surveyed admitted to looking for more information online after seeing something in print.

TIP: Set up a specific landing page on your site to direct your print marketing towards. Display the short URL on your direct mail, while keeping your message strong and simple, and people will find out more if they need it.