What marketers can learn from Kony 2012 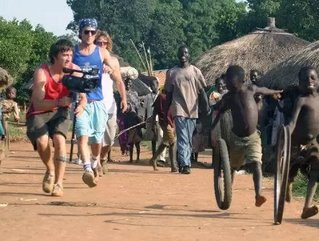 Kony 2012. Depending on your point of view, anything from the most skillfully executed viral campaign in history, mobilising people across the planet to demand governments do something about the world's most wanted man; to a dangerous example of modern-day internet-powered colonialism, perpetuating the helpless African myth to further self-serving ambitions and arrogantly disregarding the voice of the people supposedly being helped.

This has already been discussed very eloquently by people far more qualified than me to comment on the complexities and dynamics of the Kony 2012 campaign. Writing in the week after “Cover the Night” - the culmination of the campaign – it strikes me that there are a number of important lessons that marketers can learn from this online sensation. And, ironically, most of them are to do with not forgetting good marketing and communication practices, irrespective of the medium you are using.

But, this applies primarily to developed markets with fast, affordable bandwidth. Ironically, only around 2 percent of Ugandans have internet access, so viewed the video en masse in makeshift cinemas, and certainly were unable to forward it.

There seems to be a perception that the holy grail of a campaign going viral springs from nowhere. In fact, as Kony 2012 demonstrates, an awful lot of planning, budget and an already mobilised community goes into creating an “overnight success”. Reports put the production budget for the first Kony 2012 video – at the time of writing seen almost 88.5 million times on YouTube alone – at $1 million. In addition, this video was seeded into a US-wide community of church and college-goers, who had been primed to be receptive to the message.

By all accounts the “Cover the Night” event, which was intended to make Kony famous by plastering posters of him all over major cities, was at best a damp squib according to most news reports. While personally I only saw a single Kony banner in Cape Town, the Mother City event was singled out by Invisible Children as a success – possibly thanks to 18-year-old Michel Comitis picking up the baton and running with it – at his own expense.

As any events organiser can tell you – check out the date you have chosen for any potential conflicts. In Invisible Children's case, “Cover the Night” fell on the anniversary of the Atiak massacre in northern Uganda by Kony's Lord's Resistance Army (LRA); the anniversary of Hitler's birthday; and the informal celebration of “Weed Day”. If this was intentional it was an insensitive, problematic and bizarre choice; if unintentional it was arrogant and sloppy.

Invisible Children's idea was to make Joseph Kony famous. They probably meant infamous or notorious – but the differences between these are becoming increasingly blurred in today's celebrity culture. Nonetheless, fame is a fickle mistress and quickly moves on to the big thing – the follow up Kony video has only received just under two million views on YouTube. In an unfortunate double whammy Jason Russell of Invisible Children, the director and “star” of Kony 2012, exacerbated the situation by becoming the next big thing with his peculiar and very public breakdown.

Even if it doesn't go the way you planned. Invisible Children started off handling questions and critiques well, especially when it came to funding, with a dedicated web page and some slick infographics. Unfortunately however some of the feedback became ranty and emotional, which is neither helpful nor attractive.

From Russell single-handedly saving the world on behalf of his little boy, to Invisible Children's lack of acknowledgement of other organisations' efforts to stop Kony and improve the lives of those affected, to an arrogant assumption that a military solution was the only option – the Kony campaign displayed very little humility. Marketers can learn that humbleness at the outset can stand you in good stead when things start to wobble.

So “Cover the Night” wasn't the success it set out to be. However a campaign is seldom a slam-dunk affair and usually the whole is worth more than the sum of the parts. Unfortunately, apart from sketchy details about a pledge event at the United Nations in June and no details at all about something happening in November, there is not much left to hold people's attentions.

The general response to the Kony 2012 campaign in Uganda seems to be unease, offence and anger. While Invisible Children might have set out to create a campaign aimed at mobilising people in the developed world it was inevitably going to reach the people of Uganda – despite the limited access to the internet in the country. The arrogance of Invisible Children speaking on the behalf of Ugandans aside, several commentators have pointed out that Kony 2012 was perceived by the people it was supposed to help in the same way a campaign encouraging New Yorkers to wear t-shirts emblazoned with Osama bin Laden's face would be.