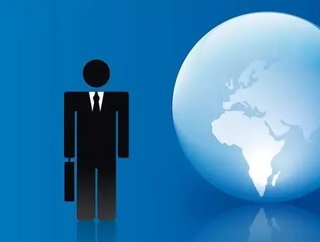 The role of the Chief Financial Officer is a complex one, especially in today's financial market and economic climate. On top of managing risk, co-ordinating financial planning and reporting to higher management, the CFO has also been responsible for steadying the corporate ship during the global banking storm. However, with several companies and organisations facing administration or even liquidation, financial directors have an obligation to not only react when figures start to slide, but also plan and anticipate every possible monetary eventuality.

THE CFO OF THE FUTURE

The South African Institute of Chartered Accountants (SAICA) certainly believes that the CFO of the future has several different roles and responsibilities. In its second research report in a series on The Chief Financial Officer of the Future, the SAICA sent a questionnaire to CFOs of the 40 largest companies listed on the Johannesburg Stock Exchange. The report focuses on 26 respondents who completed the questionnaire, evaluating and reflecting on their financial responsibilities since the global economic downturn.

In 2008, SAICA released a similar report which developed a model for the key focus areas of CFOs which indentified four roles; planner and strategist, compliance and transaction officer, growth and innovation catalyst, and corporate governance, citizenship and people manager.

Even in 2008, research conducted and written by Professor Thea Voogt at the University of Johannesburg said that "many books, journals and research reports have been published on the evolving role of the CFO, which has taken him/her from scorekeeper to strategist and business partner.”

In response to SAICA's 2010 survey, 64 percent of respondents believed that their role as CFO had changed due to the global financial crisis. Respondents also indentified that because of the economic downturn, their role as a planner and strategist had increased importance and would also be a key priority in three years time.

A planner and strategist must provide financial leadership through advanced preparation in line with the businesses plan or mission. Risk identification and assessment, project and contract management as well as budgeting and pricing evaluation are also key areas for strategic planning and leadership. However one respondent said that the “role of risk management seems to be underplayed in definitions”.

In the report, 62 percent of respondents said that risk management practices at banks and other financial institutions were a major contributor to the crisis. Risk management was "one of the first-order issues to emerge from the crisis - on par with the most immediate funding problems that companies are currently experiencing," according to CFO Research.

While the negative side of the economic downturn is decreased financial strength and loss of turnover, the crisis has encouraged businesses to revaluate job roles in order to increase responsibility and operational focus.

“The company has clearly defined differentiation in the roles of CEO and CFO/COO, with the former focused on corporate governance, people, reputation and the risk and the latter focused on operational, finance, and growth. The two overlap in strategy, planning, growth and innovation,” said another interviewee.

A competent, forward thinking CFO needs to be pro-active in their role, planning for every eventuality while constantly assessing the financial strength of a business.

Another respondent said: “The global financial crisis brought into sharp relief the key roles of compliance and risk but because our focus had strongly moved in this direction two years prior to the crisis, we have not had to make any significant adjustments to our focus.

“We continue to make improvements in these areas driven by our business strategy influenced by the crisis but not caused by it.”

Taking this response as an example of forward thinking, the role of the CFO is clearly constantly changing, however it is important for businesses to establish pro-active financial strategies in order to stay ahead and stay profitable.