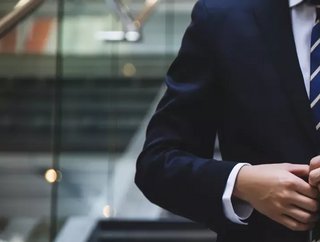 1 PwC predicts £8.7bn will be spent on Black Friday

Analysts PwC has estimated that £8.7bn will be spent today in the UK, marking what could be the biggest Black Friday yet. This is nearly a billion more than 2019 when £7.8bn was spent and significantly more than 2020. PwC predicts approximately 60% of adults in the UK will make purchases, with an average spend of £280 each. Black Friday, a concept that began in the US and has taken off in the UK in recent years, sees retailers slash their prices ahead of Christmas.

The number of female CEOs in the UK is now at 8%, marking an increase in top female leadership of 3% on last year, according to the newly released annual Route to the Top survey from Heidrick & Struggles. While still low at 8%, the increase of UK female CEOs is 2% more than both the European and global average. According to Kit Bingham, partner in Heidrick & Struggles’ London office, “while the absolute number of women CEOs in the UK and around the world remains far too low, the findings suggests progress has been made and a positive trend towards more progressive and inclusive appointments”.

A London bank has adopted a four-day working week for its employees without cutting pay. Atom Bank, one of the UK’s first digital challenger banks, has reduced the weekly hours of its 430 staff to 34 from 37.5 and is encouraging staff to take either Monday or Friday off. The change is voluntary, however. According to the bank’s CEO Mark Mullen, this new policy has been brought in to address employees’ mental and physical wellbeing, providing a healthier work/life balance, and ultimately improving productivity.

This week, as part of its monthly health check, the Confederation of British Industry (CBI) announced that UK manufacturing total order books in November were the strongest since records began in 1977. The survey of 282 manufacturers also saw export order books at their strongest since March 2019. Some 12 out of 17 sectors have seen output increase in the last three months with headline growth largely driven by food and drink, electronic engineering and chemicals sub-sectors. Alongside these record order books, however, is stock adequacy which was the weakest on record in November, as supply-side challenges reach fever pitch and cost pressures continue to mount as a result.

The northwest city of Manchester is the best place in the UK to launch a tech startup, outside of London, according to research revealed by software development firm KLOC. Taking into account factors such as number of startups launched, total funding received, average salary paid and university rankings, Manchester was found to be the most attractive tech incubator. Cambridge ranked second for tech startup hotbeds outside London, followed by Edinburgh. “This is very encouraging for entrepreneurs as it demonstrates that there are plenty of options beyond the capital which can offer lower operational costs and still provide a talented workforce,” a KLOC spokesperson said.

UK business concern over cybersecurity risk has heightened, with 66% of UK business leaders expecting threats to increase during 2022, according to the latest PwC cybersecurity survey of executives. Such concern comes as the accounting firm warned of the added threat of ‘ransomware as a service’ where ransomware developers lease out their malware in exchange for a share of the criminal profits. PwC research found that 61% of UK respondents expect an increase in ransomware incidents in 2022.

London financial services firm FinnCap Group has announced unlimited holiday for its employees from 2022 onwards, in a bid to prevent staff burnout. Recognising that their employees were experiencing mental health strain due to the pandemic, the financial firm has announced that employees must take a minimum of four weeks leave plus 2-3 days every quarter and can take as much leave as they need.

A campaign group has called upon UK employers to refrain from asking potential employees about their salary history, as doing so contributes to the gender pay gap. The Fawcett Society warned that asking potential candidates about their salary history meant firms may end up repeating gender pay gaps from other companies. In a survey of 2,200 working adults, the group found that 47% of people had been asked about previous pay, and crucially 61% of women said the question had an impact on their confidence to negotiate an improved salary.

The number of UK graduate job applicants per vacancy has hit a record high, according to a just-released survey by the Institute of Student Employers (ISE). The survey found that 2021 has seen the highest number of applications per vacancy since records began with employers receiving on average 91 applications per graduate role. This marks a 17% increase, as unemployed 2020 graduates who were unable to find roles during the pandemic now join the 2021 graduates in looking for a job. Competition for graduate roles is most acute in retail, FMCG and the tourism industry, followed by jobs in health and pharma, and finance.

Big Four consulting firm EY has further ramped up its capabilities with the purchase of UK-based behavioural change consultancy Tao Leadership. This builds on EY’s organisational change offering which it has been building throughout 2021, having previously announced the purchase of consultancy Lane4. The acquisition strengthens EY’s transformational leadership and culture change capabilities – bringing additional skills and key technology to complement the existing culture and change approaches and tools it has. “It will strengthen the EY position as a leading organisation providing fast-paced, large-scale organisational transformation and culture change,” says Tricia Nelson, managing partner for People Advisory Services, UK & Ireland.