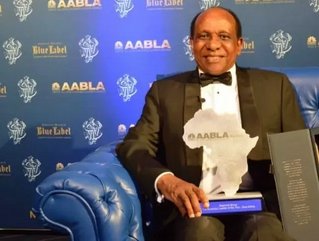 The winners of the East African round of the CNBC Africa All Africa Business Leaders Awards have been announced, with Dr Reginald Mengi, CEO of IPP Limited, taking home twin gongs for East African Business Leader of the Year and the Lifetime Achievement Award.

A weekend ceremony in Nairobi, Kenya, revealed the winners for the 2014 awards, with Mengi honoured for his pioneering of corporate social responsibility in Tanzania.

Mengi has worked and donated to causes including poverty eradication and economic empowerment, with the aim of improving disadvantaged communities, education, health and environmental conservation.

The respected awards recognise Africa’s trade and industry high-rollers in a number of categories.

Mengi’s fellow Tanzanian Manoj Shanker, CEO and Founder of Technobrain Limited, also picked up an award, named as Entrepreneur of the Year for his success in building a unique African Communications Technology Solutions developer with the ability to win and deliver major national projects in countries across the continent and worldwide.

The Young Business Leader of the Year award went to Helvetic Solar CEO Patrick Ngowi, an entrepreneur and founder of the Helvetic Group of Companies: the fastest-growing renewable energy network in Eastern region.

Ngowi today leads a team of more than 300 people, while contributing to growth and development as well as delivering philanthropic programmes both in Tanzania and the wider region.

Elsewhere, Tabitha Karanja was named Business Woman of the Year after 18 successful years as CEO of Kenya’s Keroche Breweries Limited, which employs over 300 people and has a robust CSR programme focused on youth education, aimed at fostering the next generation of Kenyan business leaders.

The regional finals for southern and western Africa will follow next month, with the pan-continental final taking place on November 14 in Johannesburg, South Africa.