Enabling data centre connectivity amid the digital disruption of Africa 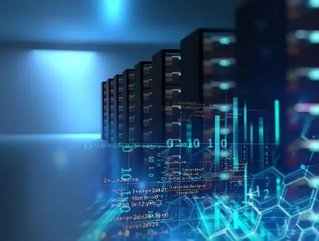 Africa’s digital landscape is skyrocketing and as PwC commented in a report on Africa’s digital revolution, it has far less legacy to get in the way than in other regions. This, the report continues, creates a “clean sheet upon which companies can develop their own distinctive business models” and more importantly, represents a sea of untapped commercial opportunity for technology companies to explore.  One such company that is doing exactly that, is Interxion. Interxion is the interconnection for the world’s leading businesses, providing data centre solutions and services to more than 2000 customers across Europe. In recent years however, Interxion has set its sights firmly on Africa and its burgeoning digital landscape. In late 2018, Interxion announced that it had invested into Icolo, operators of Kenya’s first neutral data centre. With this investment, Interxion has made its first steps towards expanding across Africa and has already announced plans on building a second data centre in Nairobi in the near future.

Spearheading this expansion is Caroline Puygrenier, director of strategy & works closely with platform customers, cloud service providers and content providers in order to define the company’s expansion strategy. Africa, she feels, is one market that she most certainly feels has yet to be capitalised on. “Working with major clients across Europe, one of the trends that we've seen with one of our data centers in Marseille is the need for some of the content providers or cloud service providers to expand further out and to discover where the next billion users will come from,” she says. “One of the markets that's been fairly untapped is Africa. We’ve learned that serving Africa from Europe, or from Asia or from the Middle-East has not been the most efficient way of doing this at the moment.”

To this end, Interxion has worked closely on a number of large-scale submarine cable projects with local and international operations including Vodafone, Orange and MTN. This, Puygrenier feels, provides her and her team with a keen understanding of the network reach in Africa and more importantly being able to plot expansion plans around Africa for co-location sites.

One thing she has noted, is the change in conversation surrounding network connectivity. “Conversations that we had pre-2016 were centred around small capacity ad-hoc projects like one or two submarine cable projects,” she says, “Since then however, there has been a huge push from those large scale companies to increase the number of cable projects around Africa to make sure that Africa is connected to Europe, the Middle East, as well as South America and back to American continents on a much higher capacity and much more latency sensitive. Its preparing for the big companies to deploy their products here in Africa.”

Having built its name across Europe, turning its attentions to Africa is not going to be a simple process. There is no one size fits all and so, through the investment into Icolo, Interxion is taking direction from a local operator. Icolo provides Interxion with knowledge of the intricacies of the African market, the regulations as well as the opportunities and barriers for entry. “We don’t want to come and try and reinvent the wheel here because we’ve been successful elsewhere,” says Puygrenier. “So, we work with this local partner and we listen to our customers. We ask our customers what they want, where they want to go. We are not going to go and open a data centre in a location just because we think it’s the right thing to do. We approach our expansion with that local vision and customer interaction in order to grow in the right direction and for the right reasons.”

In recent years, Microsoft has stated its intent to build a number of data centres across Africa and South Africa, as the tech giant recognises the dynamic and diverse market opportunities that the African continent can bring. When such an influential player in this market makes a move it creates a ripple effect, others will soon follow or at the very least explore the opportunity to follow suit. Puygrenier is wise to this and feels that it highlights a major apetitie and push to operate in Africa but it also creates a standardisation, Microsoft will enter the African market with industry best practice that can be replicated by future market entrants. This belief is echoed across Interxion’s customer base. “Our customers are telling us that they want to move to Africa in a well-established manner,” says Puygrenier. “Look at our work in Kenya. We build a partnership, we evaluated the market together and we established a very successful data centre. Now, that allows us to evaluate other opportunities because we’ve found a foothold and we’ve done it in a successful way already.”

Interxion can point to its hugely successful portfolio of both customers and data centre sites across Europe but how does it measure success in Africa? With its first data centre in Kenya already clocking a year of operation, what lessons has the company learned and how will it take them forward in its future operations? Puygrenier believes that a key lesson learned is one of size and connectivity, pointing to a data centre planned for Nairobi that’s twice the size of its Kenya site. “What we’ve learned is that for our customers in Mombasa, Kenya, its connectivity that comes first. People from submarine cables will interconnect with each other and potentially some network nodes from these content providers and cloud service providers,” she says. “Whereas in Nairobi it might be more, sort of compute and enterprise. So, with bigger density and bigger deployments.”

Ultimately, Interxion’s decision is based on listening to the customer. “We evaluate as and when its needed and when the customer says to us, ‘good job in Kenya but let’s look at Nairobi or somewhere else and let’s look at a larger operation,’” she says. “We'll say, ‘You know, what type deployment will you have in those locations? Is it going to be network? Is it going to be compute or a mix of both? What size do you need? What interconnections do you need? You know, do you need submarine cable interconnectivity?’ We listen to our customers and in doing so it guides us on where we do it and when we do it.”

The future is extremely bright for Interxion and almost two years into its journey across Africa, the company can already look at successes it has achieved with its Kenya operation and is already implementing these into its plans for its Nairobi expansion. “2019 is going to be a critical year for us as we look at our strategy to see where it has worked and where it hasn’t and then we will look to have Nairobi finished too,” says Puygrenier.

“Its about evaluating what’s next. We will expand our partner relationships and start to achieve what we want to achieve.”