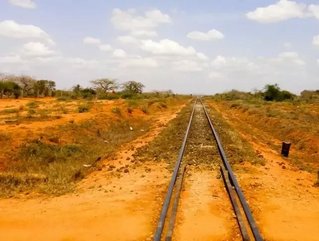 This combination of private-public funding comes in the wake of the termination of the Chinese-funded project to Uganda's border that would have created a faster transport route. Macharia asserted: “We prefer the private sector so there’s no impact on the country’s debt.”

Kenya opted for a public-private ownership to ensure the construction of a more reliable trainline, without requiring further loans. This would enable a more reliable connection onto Kampala. There were initial plans for  the standard-gauge railway to connect from East Africa’s largest port of Mombasa to Uganda, but this project was abandoned mid-construction.

Macharia continued: “Private sector would be much faster because you know it is the financing agreements that takes longer but if you have ready funding from the private sector then we just engage them within our existing Public Private Partnership arrangements. We concluded the deal for the expressway from Mombasa in two months so it is possible.”

Of the allocated funding, $60 million will fund a 43-kilometer (26.7 mile) meter-gauge line. This will connect the old and new railways. Construction is expected to take a year.

Macharia ensured that “we shall quickly, very urgently, do a link between the SGR Naivasha and the MGR Naivasha to make sure there’s seamless transshipment when goods get to Mombasa.” Construction will begin in the next three months.