The Middle East’s most influential businesswomen 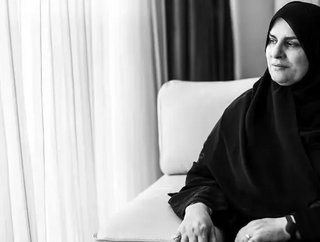 Before her heading her father’s company, Olayan studied in America. She has a BSc from Cornell University and an MBA from Indiana University. On top of her achievements with Olayan Financing, the CEO is well-known for promoting women in the industry. Olayan serves in the World Economic Forum’s Women Leadership Initiative, alongside its Arab Business Council.  Olayan was named by Fortune magazine as one of the 50 Most Powerful Women in the International Power 50. She has also been ranked 97th among the World’s 100 Most Powerful Women by Forbes magazine. To top off her accolades, Olayan made history as the first woman in Saudi Arabia to give an opening keynote address at a major conference in Saudi Arabia. She is also on the board of trustees of King Abdullah University of Science and Technology, INSEAD, Rolls Royce and Schlumberger.

Helal comes in at number two on Forbes’ list. She is the Deputy Governor of Egypt’s Central Bank, appointed by President Abdel Fattah Al-Sisi himself last year. The banking expert is Egypt’s first female deputy governor. This isn’t Helal’s first stint at the bank. In 2011, she became the first woman to serve on its board, as Second Deputy Governor. Between these two roles, Helal became chair and Managing Director of the Egyptian Company for Mortgage Refinance. The company is a specialised financial institution that provides refinancing to primary mortgage lenders. Helal clearly excelled in this sector – in June 2015 she was elected as the first Head of the Egyptian Mortgage Finance Union.

Helal has also held banking roles in Arab International Bank, the Egyptian American Bank and EFG-Hermes. What of her personality? An article by the Arab Bankers Association describes her as “softly spoken but extremely competent”.

Number three on the list, Al Gurg is the Managing Director of the eponymous Al Gurg Group. The Group is one of the oldest family firms in the UAE, having existed for around 50 years. Raja Easa Al Gurg took over the conglomerate in 1990. It operates 28 coompanies and has 370 partnerships with multinationals such as Unilever, British American Tobacco and Siemens.

Al Gurg also sits on many corporate boards. She is the first Emirati woman on the board of HSBC Bank Middle East and is also on the advisory board of Coutts Bank. Alongside these responsibilities, Al Gurg frequently takes part in official trade delegations and is active in philanthropic and women societies in the UAE. For instance, she is the deputy chair of the Dubai Healthcare City Authority and President of the Dubai Business Women Council.  In her capacity as President, she hosted the first MENA Businesswomen’s Network Forum. Surprisingly, Al Gurg doesn’t have a business-related university degree. She earned a Bachelor’s degree in English Literature from Kuwait University in 1977. Al Gurg was ranked 91st on Forbes 2016 international Power Women list. She also won a Stevie Award for Women in Business in 2011 and the World of Difference Award from the International Alliance for Women in 2009. She holds memberships at the Dubai Economic Council, Arab International Women’s Forum, National Advisory Council and College of Business Sciences.