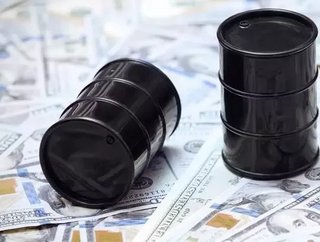 OPEC have recently decided to make historic production cuts to its oil output by 1.2 million bpd from January 1st 2017; the company’s first production cut since 2008. The cuts have led to a rise in oil prices, rising 15 percent since the announcement, with Brent crude rising from $46 per barrel to $53.77 per barrel.

OPEC (Organization of the Petroleum Exporting Countries) is an intergovernmental organisation, created at the Baghdad Conference on September 10-14 1960 by Iran, Iraq, Kuwait, Saudi Arabia and Venezuela. Over the years, other countries such as Qatar, Indonesia, Libya, UAE, Nigeria, Ecuador and Gabon all joined the organisation. For the first five years, the OPEC headquarters where located in Geneva, Switzerland before moving to Vienna, Austria in 1965. The organisation currently has 13 member countries.

OPEC’s aim is to coordinate and unify the petroleum policies of its member countries and ensure the stabilisation of oil markets in order to secure a regular supply of petroleum to consumers, a steady income to producers and a fair return for those who invest in the petroleum industry.

The formation of the industry occurred at a time of transition in the international and political landscape, with the birth of many new independent states in the developing world. OPEC became more prominent during the 1970’s, with the member countries taking control of their domestic petroleum industries and acquired a major say in the pricing of crude oil world markets.

It was during the 1980’s that, after reaching record levels early in the decade, prices began to drop, before crashing in 1986. OPEC’s share of the smaller oil market fell heavily and its total petrol revenue dropped, causing severe economic problems for many member countries. Towards the end of the decade prices began to rise, but still to a lower level than before, remaining this way throughout the 1990’s.

By 2008, prices had risen to record levels, before dropping again in the economic recession. OPEC became important in supporting the oil sector, becoming a part of global efforts to address the economic crisis.

The OPEC Secretariat is the executive part of OPEC, located in Vienna and serving as the headquarters of the organisation. Originally established in 1961 in Switzerland, it is responsible for the implementation of all resolutions passed by the conference and carries out all decisions made by the Board of Governors.