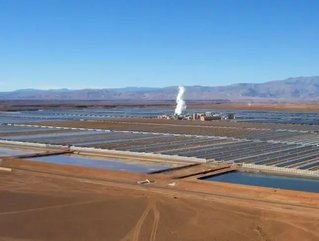 Morocco’s Noor solar plant is set to be the world’s largest. African Business Review speaks to Adama Moussa, Power Engineer and Olivier-Joseph Breteche, Principal Country Officer at the African Development Bank (AfDB) who explore how the first part of the project was delivered, and the impact that it will have.

What role did the AfDB play in securing financing for the project?

Breteche: Since 2009, the AfDB has assisted Morocco preparing its investment plan under the Clean Technology Fund (CTF), one of the Climate Investment Funds funding windows, focusing on installing 2,000 MW of solar energy capacity by 2020 by developing the Noor Solar Complex. The Bank was responsible for channelling part of the concessional climate funds earmarked for the country’s solar energy plan. In June 2011, the CTF approved $197 million in financing for the project, including $100 million obtained through the AfDB’s own resources. AfDB was the larger financier in debt for Nooro1. The mobilisation of climate funds has had a significant impact on lowering the cost of producing electricity from the NOORo I solar power plant and has therefore improved the attractiveness of the project.

What role did the AfDB play in managing the project? Particularly, how did you coordinate discussions between the Moroccan government, funding and technical partners?

Moussa: In order to implement the project, a consultation mechanism was set up involving the Moroccan Solar Energy Agency (MASEN) and all donors. MASEN organised several consultation meetings which gathered all donors on matters relating to disbursements and overall project progress. On average, two project supervision missions were organised between 2013 and 2015. These missions gathered all donors, MASEN and the ACWA Power Ouarzazate Solar Project Company and provided the opportunity to review the overall progress of the project in terms of communal infrastructure and resource mobilisation.

During site visits, supervisory teams also met local authorities in the Ouarzazate region, traditional leaders, and people from villages in the project area to obtain their appreciation. AfDB played a critical role in negotiating the procurement arrangements including well balanced content.

What will be the socioeconomic impact of the project in the Ouarzazate region?

Breteche: NOORo is built on the site of Tamzaghten Izerki belonging to the ethnic community of Ait Ougrour Toundout. It directly benefits the province of Ouarzazate, one of Morocco's most disadvantaged regions in which the poverty rate is around 23 percent, the human development index is among the lowest in the country and more than two thirds of the unemployed are young people under 35 years old.

NOORo I created more than 500 jobs during the 12 months of construction, with local workers holding nearly 42 percent of these. Construction of NOORo II and NOORo III plants is expected to create 1,600 direct jobs, mostly for the non-skilled local workforce. According to the terms of tenders, developers are obliged to give priority to local workforce.

At the national level, the project is expected to give new impetus to the development of an industrial sector in the production of solar power equipment as plant developers have been encouraged to integrate local industrial solutions into their offerings.

At the regional level, there is a good opportunity for replication and expansion of this new concentrated solar power technology which offers many advantages compared to photovoltaic solar technology.

What role did women play in the project? Did you have any specific initiatives to include women?

Moussa: The project includes an important component for women to strengthen their socio-economic integration in the region and promote their employability. The project deployment includes various training programs aimed at enhancing the employability of women and their social and economic empowerment. Among these actions: a partnership with the poly-disciplinary faculty of Ouarzazate (in renewable energy sector), training of women entrepreneurs in the region, training in agricultural activities (gardening, farming, and arboriculture) and providing agricultural kits.

The project also promotes women's participation in decision-making through their presence in local decision-making bodies (including women's associations with gender perspectives in the region).

Given the favourable environmental conditions on the continent, does the AfDB foresee an uptake of renewable energy investment?

Breteche: Africa’s energy deficit holds back the economic growth needed to create jobs and lift people out of poverty. AfDB will work to end Africa’s energy crisis in ways that respect the planet’s limits, by unlocking Africa’s enormous energy potential, especially in renewables. So we do foresee an uptake and the institution is committed to contributing to this uptake.

The challenge is to adopt the right energy mix in which renewable sources gradually replace fossil fuels. The AfDB’s New Deal on Energy for Africa aims to address this challenge by closing the energy gap while stimulating low-carbon development. More about the New deal here.

Unlocking Africa’s enormous potential for renewable energy is key. By facilitating Africa’s transition to renewable energy, the AfDB plays a major role in reducing the continent’s emissions. This is why the AfDB is massively investing in technology, innovations, policies and regulations to speed up a renewables revolution. It is funding renewable energy projects across a range of technologies, scales and geographies (see figure below). The Bank is also supporting the Africa Renewable Energy Initiative launched at COP21 which is an African-owned and African-led effort to accelerate and scale up the harnessing of the continent’s significant renewable energy potential. The initiative seeks to achieve at least 10 GW of new renewable energy generation capacity by 2020 and – as an aspiration goal – to mobilise the African potential to generate at least 300 GW by 2030.