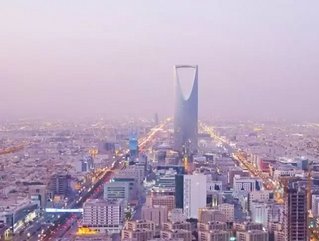 Relentless spending on IT is set to propel Saudi Arabia into the regional leader in manufacturing, according to a report by IDC Manufacturing Insights.

The country is currently spending money on IT at a faster rate than any country in Central Europe, Middle East and Africa (CEMA).

The report, titled ‘Saudi Arabia Country Highlight: Understanding the Manufacturing Landscape’, says the investment on software and IT services will transform what has traditionally been a hardware dominated manufacturing scene.

Spending on software and IT services is predicted to increase at an annual rate of 7.5 percent between 2013 and 2018, making it the fastest-growing manufacturing segment of business.

The Internet of Things is also forecast to play a more important part in the next decade.

Martin Kuban, lead research analyst at IDC Manufacturing Insights, CEMA, said: “The diversification of the country’s oil-based economy is progressing steadily, supported by a positive economic environment and favourable investment attitudes. Plus, IT innovation spirits are rather high, as many of the new businesses are not saddled with extensive client-based solutions.”

Behind oil, gas and related chemicals, manufacturing accounts for around 10 percent of Saudi Arabia’s GDP. Other non-oil sectors are up and coming however, and these include aerospace and defence, life science and high-tech machinery.