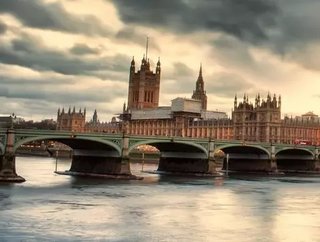 Rishi Sunak, the Chancellor of the Exchequer for the UK Government, has decided against extending the UK’s furlough scheme to avoid false hope...

The finance minister believes that the scheme, which has enabled UK-based companies to claim 80% of workers wages whilst they don’t work, should end in October, without an extension. This is because he believes it would leave workers with a sense of false hope that they will be returning to jobs following the COVID-19 pandemic, even though the jobs may not be there.

Opposing politicians, political experts and more have asked Sunak to extend the Coronavirus Job Retention Scheme beyond October, with fears that the economy cannot currently support the at-risk working population, as redundancies in all sectors continue to rise.

However, speaking to BBC Radio Scotland on Thursday, Rishi Sunak said “It’s wrong to keep people trapped in a situation and pretend that there is always a job that they can go back to.” Instead of extending the scheme, the government is rolling out a number of new initiatives to support people getting back into working in new roles. New opportunities, such as apprenticeships and training courses, will be more readily available and accessible than ever before.

The Bank of England has released figures estimating that approximately 7.5mn Brits made use of the job retention scheme at its peak, with 3.5mn still leaning on it now for incomes. Andrew Bailey, a governor for the Bank of England, has warned that certain sectors of the economy, hospitality and leisure in particular, are going to be especially vulnerable after the pandemic clears, with a significant number of jobs at risk.

Bailey continued, warning that the unemployment rate for the UK is projected to stand at around 7.5%. This paints a very bleak picture for businesses and workers alike, and things could still easily turn out to be worse.

Discussing austerity measures, Rishi Sunak said there would be no return to austerity for the UK. He is confident that, if the UK can drive a recovery, many loans will be repaid by the banks and companies they were given to. However, a number of these loans will, inevitably, have to be written off, being given as emergency stimulus aids to keep business alive and the economy operating efficiently.

The UK government is now turning its attention to creating new opportunities and strengthening sustainable public finances, with public spending set to grow.