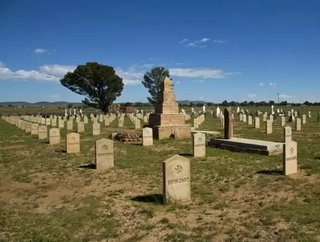 South Africa’s government plans to stop insurers from selling funeral cover to welfare recipients. As a measure to protect the country’s poor, the government will replace private schemes with a state-run funeral plan.

Minister for Social Development Bathabile Dlamini announced the plan in parliament on Wednesday. Companies that could be impacted by the policy include Sanlam Ltd. (the biggest South Africa-based insurer) and Lion of Africa Assurance Co. Among others, these companies sell funeral cover that is paid from welfare grants meant for children. Some other businesses take money from social grants for other services, which is an illegal practice.

Dlamini commented, “The absence of a funeral benefit has opened our social grant beneficiaries to exploitation by private-insurance companies. The lack of government action to protect them has led to a very loud outcry by our beneficiaries and various civil-society organisations.”

Sanlam and Lion of Africa have rejected the government’s plans. The companies will attempt to maintain the current system through separate court cases this month. The current system allows deductions from social grants for a lone funeral insurance policy amounting to a maximum of 10 percent of the grant. About 16.9 million South Africans are on welfare. According to the government, many complain that there are deductions being made for funeral cover and other services without them being aware that they signed up for them.

Paul Myeza, CEO of Lion of Africa, said that the government will struggle to implement a complete ban on the practice.

“It doesn’t dramatically change the landscape,” Myeza said. “Those members can buy policies like anyone else. It’s an open market.”

Lion of Africa won an interdict against a temporary prohibition stopping all new deductions from child grants. On the other hand, Sanlam said it had complied with the measure.

“Sanlam supports the new moratorium and we’ve applied it as of December 1,” Jurie Strydom, the deputy chief executive officer of its Sky division stated, “Sanlam is not party to the legal action taken by Lion of Africa Assurance.”