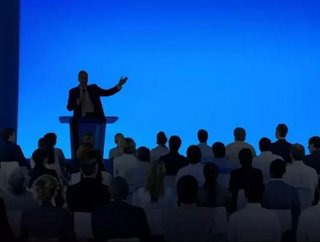 The event will be looking at strategies for mutual business growth and bringing major investors and government leaders from both countries under one platform.

Here are three of the event’s key speakers:

Hutchinson joined Rotana as Chief Operating Officer in January 2014, bringing with him extensive experience in the luxury hospitality industry including serving as Vice President Operations – India for Hilton Worldwide. He was responsible for managing the pre-opening and trading of Hilton Dubai Creek – including negotiating, securing and launching of the unique partnership with Gordon Ramsay and the Verre Restaurant.

As COO at Rotana, Hutchinson will be leading the brand’s operations throughout the Middle East, Africa, South Asia and Eastern Europe, and will be the key figure driving the quality standards and financial performance.

Gauvin is Chief Operating Officer for IHG across India, Middle East and Africa. He is responsible for the operations and performance of more than 124 hotels as well as overseeing the strategic development of IHG’s plans, including the 74 hotels in the region’s development pipeline. Key to his role is maintaining and fostering relations with existing and new hotel owners.

He has been with IHG for 20 over years, and has held a number of senior managerial positions in the Philippines, Malaysia, Singapore, Africa, Lebanon, Qatar and UAE.

Marwan bin Jassim Al Sarkal, CEO of the Sharjah Investment and Development Authority (Shurooq), has been integral to the success of the authority since its inception in 2009. Shurooq is the driving force behind the transformation of Sharjah as an investment, tourism, and business destination, guided by the Emirate’s traditions and inspired by innovation. Steered by Al Sarkal’s creativity and drive, the authority has adopted world-class standards in providing services and studies to attract investors from the UAE, the Middle East, and all over the world.

Alongside his role at the helm of Shurooq, Al Sarkal is a Board Member of the Sharjah Football Club, a patron of Design Days Dubai, Chairman of the German Emirati Joint Council for Industry & Commerce (AHK)-Sharjah Chapter, Trustee of the Emirati-Swiss Friendship Forum, Deputy Head of Knowledge Without Borders and a former Board Member of Sharjah Tourism and Development Authority.

UIEF takes place on 19 and 20 October at Madinat Jumeirah, Dubai