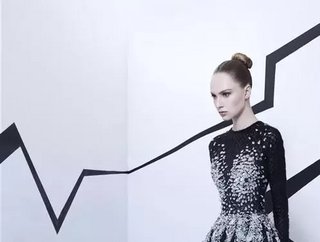 Which fashion brands are making waves in the region? Business Review Middle East picks 10 of its favourites.

Rula Galayini started her brand in Lebanon, where she used inspiration from the country’s artisanal routes, basing her first designs on the oriental latticework that covers the surface of historical structures. Her brand was launched in 2007 under the name Poupee Couture, and raised money through the crowdfunding marketplace Eureeca.com- raising US$112,000 for 16 percent of the company equity, retaining 84 percent of the company shares – it has 18 shareholders. After this she decided to rebrand her company, naming it after herself in order to attract a more international audience. Her work is also inspired by Lebanon’s natural beauty and artistic heritage. The collections are designed for everyday life, featuring geometric designs and contrasting colours. Her collections include The Cuff Collection, which is made up of hybrids of handbags and jewellery and The Articulate Collection, which is inspired by art and architecture, and mainly features bold statement pieces.

Rami Kadi is a Lebanese-American fashion designer who graduated from the French fashion school ESMOD in 2008 and soon after was selected by the Starch Foundation to showcase his first collection. He opened his first studio and boutique in Beirut in 2011, attracting a wide range of clientele with his unique creations. His autumn and winter collections are based around dark colours with bold, striking patterns, often floral and close-up images show that the patterns are made up of intricate sewing patterns and stitched on sequins. His winter collections are a striking contrast to the summer collections, which are mainly white or pastel colours, with softer floral patterns and feathers. Rami Kadi dresses have been worn by celebrities such as Emirati singer Ahlam Al Shamsi, Lebanese TV presenter and model Daniella Rhame and Miss Lebanon 2015 Valerie Abou Chakra. The headquarters are based in Lebanon, Beirut.

Zareena is a Dubai-based fashion designer who became interested in fashion when she began experimenting with fabrics and colours while studying Business Management in India. This began her worldwide search to find the best textiles and needlework. Her first collection was launched in the late eighties. By 1994, Zareena had begun to establish her fashion house, Fasateen in Dubai, from which she received awards such as Designer of the Year from L’officiel Middle East Magazine, Best Designer from the Emarat El Youm newspaper and Sayidaty Lifestyle Magazine.. She is seen as one of the most celebrated fashion designers to emerge from the Middle East, and has displayed her work three times at Dubai’s Fashion Forward (FFWD), the Middle East’s most definitive fashion platform. The headquarters of Zareena are based in Dubai, UAE.

Jean Louis Sabaji was raised by a fashion designer, which ultimately carved out the path for his own fashion label. He graduated Lebanese American University in 2009, and went on the to the Milan Domus Academy, giving him the opportunity to share his creations with famous Italian designers. His family background prompted him to go into the world of Haute Couture, and his work is based on the demand from the clientele, calling his studio ‘neither fashion designers nor clothing manufacturers, but rather builders of character, concept and movement’.

Noon by Noor is a fashion label that focuses on striking prints and intricate embellishments, with inspirations from both Eastern and Western influences and an emphasis on tailoring and attention to detail. It was founded in 2008 by cousins Shaikha Noor Al Khalifa, founder, CEO and designer at Noon by Noor, and Shaikha Haya Al Khalifa, founder, COO and designer at Noon by Noor, who both studied fashion design in the USA, and returned to Bahrain after graduating to start their label. In 2011, an event was held in Los Angeles to launch the brand internationally, which was followed by a presentation at New York Fashion Week in 2012, where they displayed their Fall 2012 collection to editors, journalists and celebrity guests. Noon by Noor can be found at Saks Fifth Avenue, Bahrain; Saks Fifth Avenue, Dubai; Symphony Style Harvey Nichols, Kuwait; Ron Herman, LA and Elizabeth Charles, San Francisco. Its online shop has worldwide shipping.

Yigal Azrouel is an Israeli American fashion designer, born in Israel and now living in America. His first collection was debuted in 1998, and received instant acclaim, both commercially and critically. In 2000, his showroom opened in New York’s Garment District and currently 80 percent of his collection is manufactured there. In 2004 he was inducted into the Council of Fashion Designers of America. Yigal Azrouel had no formal training in fashion design and uses the inspiration from his travels, art, culture, architecture and nature to create his work. His collections are sold at select luxury retailers all around the world.

Reema Al Banna is an award-winning UAE based designer who is the founder and CEO of Reemami, which was launched in 2009. Reemami has become recognised and celebrated for its signature architectural and experimental cuts and hand illustrated graphics. Reema first began to experiment with patterns as a graphic designer, and since applied this to fashion. Many of the prints on her clothes are based on boxing, which she is a fan of, and are hand drawn. Some designs include boxing gloves on strings, helmets, punching bags and boxing rings, which are then incorporated into more traditional prints such as stripes and checkers. She graduated after two years from ESMOD, the French Fashion University in Dubai. Reemami is seen as one of the most exciting names to have emerged from the Middle East, and her individuality has been praised by fashion critics and loyal customers alike.

Farah Asmar is a Middle Eastern fashion label set up by its CEO Farah Al Asmar and specialising in handbags. Farah Al Asmar studied fashion and graphic design at Istituto Marangoni London. Her handbag label is inspired by art, culture, fashion, architecture and technology and is based on uniqueness, while keeping in mind altered tastes, age groups and market diversities. The prices of the bags range between around $100 to $1000.

Fanilla Courture is a fashion brand based in Doha, and is owned by Razan Suliman, a self-taught graphic designer who created the label in 2011. She has based her designs on inspirations from Arabic pop culture and fashion iconography with a mix of cultural elements, vivid colours, and high quality fabrics. The brand started out by making t-shirts, and has since expanded to include items such as dresses, sweat pants, sweaters, Kaftans, hoodies, passport covers and mobile covers and is currently in stores at Hamad International Airport, 51 East stores, the Gate mall and Boutique Muscat, with headquarters in Doha, Qatar.

La Bourjoisie is a fashion label and beauty centre that was founded in 1997 by Antoine Salameh. It created a strong presence for itself in the Arab fashion world, with haute couture and dresses for women. Most of its collections feature elegant dresses with striking gold and silver sequin designs. La Bourjoisie has attracted clientele from all over the world, with people such as Britney Spears, Nicki Minaj and Khloe Karadashian wearing the brand, and the name has become well known in Kuwait.