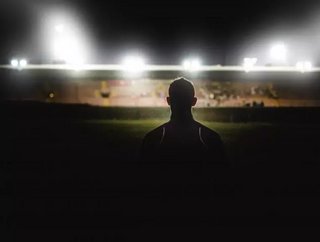 In addition, the club has played in the FIFA Club World Cup twice, finishing 6th in 2015.

Established in 1949, the Moroccan team has a current market value of US$8.9mn. Nicknamed the Green Eagles, Raja Casablanca has played its home games at Mohammed V Athletic Complex since its opening in 1956.

Sponsors of the club include: Legea, Hyundai and Siera Electronics

The club's full name is Entente sportive sétifienne, but is often shortened to ES Sétif or ESS.

Sponsors of the club include: Kia, Djezzy and Joma

The club currently owns its home stadium Omar Hamadi Stadium, which was built in 1935. The club also plays at Stade du 5 Juillet for its important international games.

Sponsors of the club include: Kia and Joma

Established by a Egyptian lawyer - George Marzbach in 1911 - the club currently has a market value of US$11.3mn, with Mortada Mansour as its president.

In 1922, Zamalek SC won its first Egyptian Cup Championship - the first to be held in Egypt. 38 years later, the team went on to win its first league championship in 1960.

Following its victory in 1960, Zamalek SC  went on to win 21 league and cup titles. Its most recent win was the 2014 Egypt Cup.

Sponsors of the club include: Puma, Saib Bank and Joma

At the beginning of its sports journey the team was known as the Sundowns, it was not until 2004 when Patrice Motsepe increased his stakes in the team to 100%, that it became the Mamelodi Sundowns.

In 1967, the team joined the Federation of Professional Soccer League, reaching the finals of the Coca Cola Cup. By 2016, the Mamelodi Sundowns  had won 16 league and Cup titles combined.

Sponsors of the club include: Puma, Nike and Telkom

Established in 1970, the club has a current market value of US$11.6mn, and was formed by African football player Kaizer Motaung. When his debut team, the Orlando Pirates was struggling with internal disagreements, Motaung - despite his best efforts -  could not resolve the disagreements and so he formed the Kaizer XI that played friendly games. Following its positive response, Motaung decided to set up his own professional club transforming the friendly club into the Kaizer Chiefs FC in 1970.

Kaizer Chiefs  soon became a major player within the region, winning its first league title in 1974. The team went on to win eight more league titles during the 70s.

In 1976, Motaung hung up his football boots to focus solely on guiding the Kaizer Chiefs.

Established in 1920, Club Africain has a current market value of US$13.5mn. 2020 marks the Tunisian football club’s, 100 year anniversary. The club holds multiple league titles in the MEA region that date from 1942 to 2018.

Sponsors of the club include: CA Corporate, Ooredoo, Umbro, UIB, Mosaïque and Hayet.

Established in 1919, Espérance Sportive de Tunis has a current market value of US$14mn and recently celebrated its 100 year anniversary. The team’s success can be dated back to its first domestic league title in 1942, however its most successful period has been the last 20 years where it won 14 league titles, including seven consecutively  between 1998 and 2004!

Established in 1907, Al Ahly is a 113 year-old Egyptian football club. Al Ahly  currently has a market value of US$21.2mn, and was given the title of ‘African club of the century’ in 2000 by the Confederation of African Football.

Sponsors of the club include: Shell Helix, Coca Cola, GLC Paints and Saib.