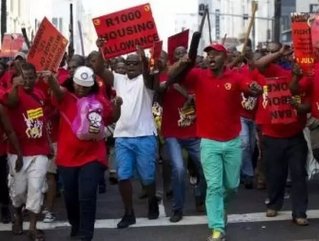 South Africa’s nationwide steel and engineering strike has finally come to an end after a four-week struggle saw many analysts fear for the future of some of the country’s key sectors.

The country’s biggest trade union, Numsa (The National Union of Metalworkers of South Africa) has confirmed that its 220,000 striking members had now accepted a deal with employers consisting of a three-year fixed annual wage increase of 10 percent for the lowest paid employees.

The final deal is a far cry from the initial demands of Numsa, as well as the initial steadfast rebuttal from their advisories, but the country will now be relieved that no further economic damage will be caused by the halt in industry.

It has been estimated that as much as R300 million a day has been the cost to the engineering sector as a result of the strikes which began nearly a month ago and affected 12,000 companies from leading multinationals to SMEs.

South Africa’s industrial fragility stems back even further than the beginning of July, with the five month platinum belt strike immediately preceding the recent tussle, making it one of the most significant periods in the country’s recent economic history.

Of today’s more promising news, Steel and Engineering Industries Federation of South Africa (Seifsa)’s Chief Executive, Kaizer Nyatsumba hoped that "all parties would honour the letter and spirit of the agreement".

Numsa's General Secretary, Irvin Jim was more vocal, stating that the agreement was "a product of sweat and bitter struggles by our toiling workers for a living wage… and a four week long resolute battle to do away with colonial apartheid-era wage dispensation in the engineering and metals sector."