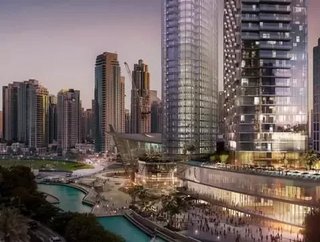 Ahead of Dubai Opera's grand opening in a week’s time, we take a look at the venue’s key facts and figures.

Dubai Opera is the city’s first purpose-built performing arts theatre, in the heart of The Opera District in Downtown Dubai, with views of the Burj Khalifa and The Dubai Fountain. The Opera District is expected to be the world's largest cultural centre when it is complete in just four years time.

The dhow-shaped building, which took three years to build, was designed by architect Janus Rostock at Atkins, and can transform into three modes: a theatre, a concert hall and a banquet hall, with around 2,000 seats when in concert mode. This functionality really sets Dubai Opera apart from other cultural venues. The bow of the structure will contain the main stage, orchestra and audience areas, as well as the sky garden and restaurants, while the elongated hull area will house waiting areas and parking. Rostock was named as one of the most powerful architects in the Middle East earlier this year and the project won GCC Project of the Year (MEP Middle East Awards 2015).

Jasper Hope was appointed as Chief Executive at the start of 2015, having previously spent seven years as Chief Operating Office at London’s Royal Albert Hall. Speaking about Dubai Opera’s first calendar of performances, he said: “Dubai Opera is bringing a spectacular calendar of performances – from defining operas to exhilarating ballets and compelling classical music in our opening year. The line-up of performances will be a revelation for culture-lovers in the city. We are bringing world-class performers to Dubai who will appeal to residents and tourists alike and will help broaden even further the incredible international appeal of Dubai.”

The inaugural programme of events features 49 performances, spanning opera, ballet, classical music and family entertainment, with legendary Spanish tenor Plácido Domingo as the very first performer scheduled to appear. Other highlights include José Carreras, Hussein Al Jassm, Anoushka Shankar, The Barber of Seville and The Nutcracker on Ice. The venue is expected to host over 200 events in its first year of operations.