You don&#039;t always need a business plan to make millions 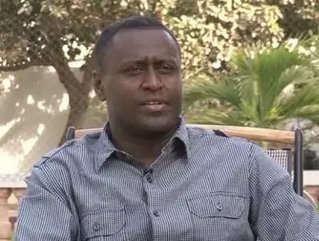 Success isn’t necessarily down to careful planning, as Gambian businessman Muhammed Jah shows. At just 42, he has founded and developed QuantumNet, a company with 300 employees on it’s payroll and a multi-million dollar turnover.

Speaking last month to the BBC’s African Dream series, Muhammed claimed he ‘didn’t have time’ to construct a business plan: "I went straight into the business, I bought some machines, I started training people."

He founded the concept for his company after a friend picked up a European consultant who had come to The Gambia to teach computing. "I said: 'How come we have a consultant coming all the way from Europe just to teach our people how to type a letter on a computer?'” he exclaimed.

Saving money from a scholarship fund in Saudi Arabia, the young entrepreneur used his savings to read for a degree in Electronics and Communications engineering at the University of Sierra Leone.

Illuminated by his friend’s trip to the airport, Jah did some courses in computing which enabled him to teach others: "My business instinct showed me that there was an opportunity so I quickly transformed myself from pure engineering to computing which is almost the same.”

Starting with just $16,000 and four employees, Jah now estimates that his company is worth around £100m ($156m). In addition to this, his company has expanded to provide mobile telecommunications as well as supplying computer equipment in collaboration with Dell, Samsung and Nokia.

This move meant that as a young businessman he had to take on the state monopoly telecommunication provider: "Overnight, you have this young boy - with no money - just deciding to compete [against] that telco in delivering internet services. And, remember, the internet gateway was owned by that monopoly and I'm supposed to buy bandwidth from them and compete with them on the retail.”

Jah has now had the pleasure of seeing more young men develop entrepreneurial aspirations: “When we meet at our yearly family parties I feel very good because I see that, with the small steps I have taken, I've managed to change a few people's lives, and I think I can do more."