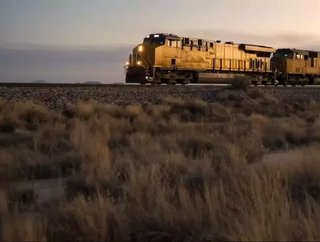 A new section of railway between Azerbaijan and Turkey, which is set to transform Europe's goods corridor with China, has opened.

The Baku-Tbilisi-Kars rail line, proposed as far back as 1993, was originally due for completion in 2010 but is now finally in use having been opened by senior dignitaries on Monday.

Stretching 826km between Azerbaijan's capital and the Turkish city of Kars, via Tbilisi, the line will help reduce travel time on the 'New Silk Road' between Beijing and London to 15 hours, which is twice as fast as sea travel.

Its initial freight capacity will be 6.5mn tonnes per year but Ahmet Arslan, Turkey's Transport, Maritime Affairs and Communications Minister, says its potential is far greater.

"With the BTK link, around 50 million tonnes of international freight potential will be unlocked," he revealed. "Transportation of goods manufactured and produced in China as well as raw materials will be facilitated via an uninterrupted line of railways."

Up to 1mn passengers per year will also benefit from the line, which runs for 79km through Turkey, 246km through Georgia and 504km through Azerbaijan.

Cargo between the two continents of Europe and Asia is on the rise, with the main items transported via rail being related to electronics, car parts and agricultural products industries.