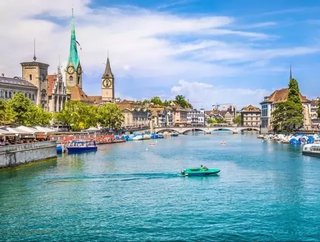 Situated on Lake Zürich's north-western tip is Zürich, the largest city in Switzerland.

With more than 400,000 residents, the city is also the capital of the Zürich region. The entire metro area of Zürich boasts a population of approximately 1.83mn residents.

Leading infrastructure
The city of Zürich is a hub for diverse modes of transportation including quality rail, air traffic road infrastructure, which makes it easier to move people and goods to and from the city.

Zürich Airport is the largest and busiest in Switzerland. Located less than seven miles from Kloten railway station, the airport has its own underground railway station. This connects the airport and its passengers directly to Zürich as well as many of the country's major cities. More than 60 passenger airlines have a presence at the Zürich airport. It is also a hub for Swiss International Air Lines and is served by one cargo airline.

A number of major roadways pass close to the city. The A1 serves St. Gallen, Geneva and Bern, the A3 connects with Schaffhausen to the north and Altdorf to the south. Here, it also connects with Chiasso via the A2. Driving along the A3 connects residents to Lake Walen, Sargans and Basel.

Passenger numbers on the ZVV (Zürcher Verkehrsverbund) public transportation network, Zürich’s mass transportation system, are among of the largest in the world. Local trains, trolley buses, trams, boats and a cable car are all modes of mass transit widely in use in Zürich. Zürich’s main railway station, the Zürich HB (Hauptbahnhof) is a vital railway hub in Europe and the country's busiest. The number of daily commuters that pass through the station each day amounts to between 350,000 and 500,000, a figure that is especially significant considering the city's overall population. These passengers ride more than 2,900 trains each day.

Switzerland's leading economic centre
According to the 2017 Global Financial Centres Index, Zürich was the world's 11th most competitive financial centre and the second most competitive in Europe behind London. The Zürich metro area is the economic centre of Switzerland, with numerous international companies making their home there. A significant driver of the city's economy is the service sector which employs nearly four-fifths of Zürich’s workers. Textiles, light industry, tourism and the machine industry are other areas of importance to note.

A high quality of life the key to economic success?

Zürich is known for its high quality of life. In fact, consulting firm Mercer has consistently ranked the city as being the place with the highest quality of life of anywhere in the world. This has also been cited as a contributing factor in the city's economic success. In addition to a distinct separation between recreational and urban areas – thanks to the insight of local planning agencies – Zürich also rates highly when it comes to safety, housing, work and leisure.

The city is the stage for significant investments in education which provide a skilled labour force. With two major universities located in Zürich – the University of Zürich and the Swiss Federal Institute of Technology (ETH Zürich) – companies have access to technological research, as well as a skilled and highly educated workforce.

Startups in Zürich
Zürich’s high quality of life has proven vital in promoting innovation and startup activity. The city’s liveability thrives in a stable economy that was built on strong banks, and is now shored up by leading academics.
In fact, Zürich has recently become known as a place where tech meets innovation and has given rise to a number of successful startups, including:

•    Knip
Started in 2013, Knip is an app that enables users to keep track of their insurance policies, benefits and premiums while they're on the go. Based in Zürich, with a presence in Belgrade, Serbia and Berlin, Germany, Knip has now grown to more than 100 employees. It was acquired by Digital Insurance Group in 2017.

•    Trekksoft
Trekksoft helps tour and activity companies run their businesses more efficiently and effectively. Users can take advantage of tour management software, a robust set of promotional tools including integration with social media and an integrated payment gateway. People interested in services can book them and make payment through the app. As of 2016, the company had secured nearly $3.5mn in equity funding.

•    Uepaa!
Uepaa! was launched by CEO Mathias Haussmann in 2011 after a ski trip. It's designed for people who are traveling and/or living in remote areas so they can quickly summon help from those nearby or from emergency services. It's now found throughout Europe and is also being licensed. The company has raised about $5mn in funding as of 2015 and employs about 20 people.