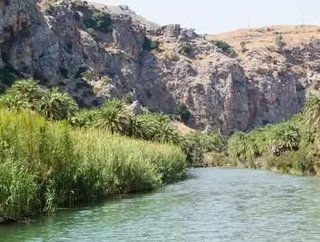 Within months, construction of the largest dam in the world could begin. A mega dam on Congo river could potentially produce electricity equal to 20 large nuclear power stations. It could start generating electricity in under five years.

However, the project may cause 35,000 people to be relocated. Critics also claim that the dam will be built without environmental or social impact surveys.

The $14bn (£9.5bn) Inga 3 project (the first part of the mega-project) is being fast-tracked by the Democratic Republic of Congo government. It will span one channel of the vast river Congo at Inga Falls. It involves a large dam and a 4,800MW hydro-electric plant.

Although the dam may provide about 40 percent of Africa’s electricity, California based NGO International Rivers claims that it may violate national law and international guidelines for the development of mega-dams.

Peter Bosshard, the NGO’s interim director, said that those managing the project are not concerned that 35,000 people may have to move in phase 1 and 25,000 people later on. He also complains that fish supplies from the river are likely to be greatly affected.

The head of the grand Inga Project Office, Bruno Kapandji, suggested that environmental and social impact surveys won’t be finished before construction starts.

“It is a choice to make, people have no electricity. We set an objective – we have to produce energy,” Kapandji said. “There are a lot of studies to carry out, at least 18, and we favour some over others based on priority, and to allow us to ... develop a tender document that will be technically and financially acceptable.”

In 2013 and 2014, the African Development Bank and the World Bank approved $141m in grants for the preparation of the $14bn project.