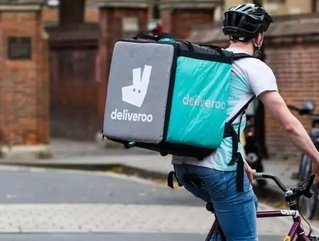 Deliveroo's founder and CEO Will Shu says the company is putting together a best-in-class technology workforce as it celebrates its fifth anniversary.

The British food delivery firm confirmed on Monday that it is to add 250 high-skilled technology jobs at its headquarters in London, taking its employee tally over the 2,000 mark.

Workers with specialism in areas such as cyber security, data science, product design and software engineering will be recruited to drive the next stage of Deliveroo's expansion through digitisation.

According to figures, order growth in the last 12 months was faster than in the previous year. Since being founded in February 2013, Deliveroo has added its service in over 100 towns and cities across the United Kingdom.

"I founded Deliveroo in the UK, and five years on we are building the most exciting technology team anywhere in Europe," said Shu.

"These highly skilled new hires will join the incredible team building the technology that motors Deliveroo. This technology is constantly improving, to allow riders to work more efficiently, to allow restaurants to increase their revenues further, and to bring more choice and an ever better experience to our customers."