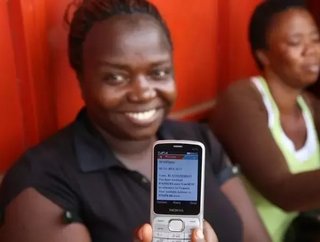 A new study from the UN found that mobile phones used to pay response workers strengthened Sierra Leone’s response to the Ebola crisis.

Better Than Cash is a partnership of governments, companies and international organisations. It promotes the move from cash to digital payments, in order to reduce poverty and drive inclusive growth. According to Better than Cash, its research offers valuable lessons on how to harness the power of technology to help emergency workers reach more people.

Along with neighboring countries Liberia and Guinea, Sierra Leone was severely afflicted by the Ebola epidemic. The country reported more than 14,000 reported cases of the 28,000 total cases in West Africa. The outbreak was identified in 2014 and Sierra Leone was declared Ebola free in November 2015.

"Sierra Leone's firsthand experience with digital payments and its impact on Ebola response and control taught us that governments like ours must take this growing payment system seriously as it can significantly contribute to inclusive growth and transparency,” said H.E. Momodu L. Kargbo, Sierra Leone’s Minister of Finance and Economic Development.  “In developing the partnership with private sector, development organizations, the Central Bank, financial institutions, network providers; and building the foundation for an inclusive digital payment system, Government must take the lead."

Delayed or incorrect cash payments to response workers frequently led to strikes during past emergencies and at the beginning of the Ebola crisis, before digital payments were implemented. In Sierra Leone, digital payments reduced these strikes from an average of eight per month (causing the loss of approximately 800 working days per month) to practically zero.