Feature: Why, years after the hype, VoIP for businesses is hot again 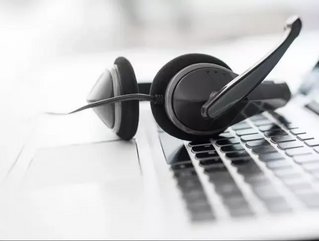 It’s not often that a technology gets a second wind so why is a solution that first entered Gartner’s Hype Cycle way back in 2006 suddenly taking off again as if it were the next big thing?

According to Gartner, although it first emerged in the mid-1990s, Voice over internet protocol (VoIP) only entered its ‘early majority’ phase of adoption in 2015. Yet, last year it was predicted that the global VoIP market would grow by a compound annual growth rate of over 9.7% until 2023. Away from the global stats and assessments, Altodigital itself is seeing a real upswing in demand, selling on average around 30% more seats per month than last year – and this figure looks set to rise.

Inevitably, the global economic downturn played its part in delaying widespread adoption but why the slow burn followed by resurgence now? The answer has much to do with the availability of fast, inexpensive broadband. Initially, only large enterprises could afford the high-speed connections required so late adopters of technology who tend to look for proven success with metrics to show any early hype has substance, shied away from its implementation. Although VoIP does work over the more traditional copper broadband, it will struggle with more than 20 users. However, the emergence of fibre-optic, super-fast broadband, now almost universally available, has brought more favourable rates.

Researchers at IDC have now estimated that a VoIP system can deliver a 30% reduction in telephone related expense – Altodigital has witnessed its SMB customers cutting their phone bills by at least 25% following their migration to VoIP.

Now, even more so than in 2006, SMBs have very few avenues to explore when it comes to making these kinds of operational savings as many have become leaner and more streamlined, with cost-cutting opportunities few and far between.

Call costs over VoIP networks are significantly cheaper than traditional calls, largely because of the more recent reduction in data carriage costs, but also because hosted providers can often offer a bundle deal, inclusive of a large volume of calls. IP to IP calls can often be made free of charge and as VoIP adoption stops the need for traditional telephone infrastructure, there are no long-term hardware lease or maintenance charges.

Another major driver is the maturity of remote working. Smaller businesses have much to gain from the flexibility of mobile working by being able to work anywhere in the same way as they would if they were in an office. However, very small businesses often suffer from an image problem if key employees are unavailable to prospective customers when out of the office. Yet as VoIP enables them to use their landline number and diverts calls to a mobile phone, it means they can maintain the professional image needed if they wish to compete with larger organisations. It also means one number will reach multiple different offices or locations – ideal for a small service provider with a highly publicised number.

Alongside the flexibility comes the functionality that opens up many new cost-saving opportunities. Video conferencing via Skype and other features such as call recording can now be included within the VoIP bundle.

For example, businesses can now hold important weekly sales meetings through Skype and then look to only physically meet face-to face once a month. This not only saves on travel costs but on time usually taken up by journeys to attend the meeting which adds further resource back into the business.

Another feature highly popular with SMEs is VoIP’s reporting capability, which provides valuable data they may have only dreamed of having when using a conventional system, enabling more accurate budgeting and planning.

Even in our business lives we have become frustrated by restrictive and expensive long-term contracts once offered by traditional telecoms providers. However, such are the savings of VoIP that some providers will buy their customers out of existing leases and offer competitive bundles to save on costs.

Suddenly, it’s hard to imagine why any business wouldn’t want to migrate to VoIP.