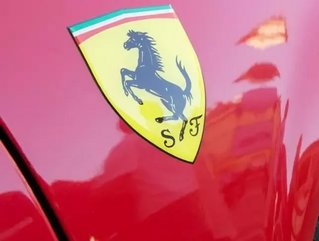 Ferrari will build an electric supercar to take on Tesla's Roadster and others, according to its Chief Executive Officer Sergio Marchionne.

Marchionne was speaking at the Detroit auto show, where industry leaders are currently gathered to reveal plans and discuss trends for 2018 and beyond.

This is the first indication from the legendary Italian manufacturer of its plans to build an electric supercar, though in 2016 Marchionne did state that it's the company's vision to have hybrid models of every Ferrari car by 2019.

Tesla - which has no presence at the Detroit auto show for the fourth year running - unveiled plans for the second version of its all-electric Roadster last November, with the vehicle set to be rolled out in 2020.

"If there is an electric supercar to be built, then Ferrari will be the first," said Marchionne, according to Bloomberg.

"People are amazed at what Tesla did with a supercar: I’m not trying to minimize what Elon (Musk) did but I think it’s doable by all of us. I think that there is now a view inside the house that electrification is a core skill that needs to be mastered."

In other auto news, car sales in Europe hit a ten-year high in 2017, with registrations increasing by 3.3% to 15.6mn according to the European Automobile Manufacturers’ Association.