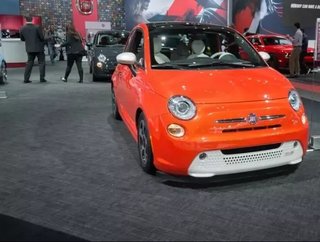 Italian carmaker Fiat has had to recall all 16,500 of its flagship electric car because of a software glitch that may increase the likelihood of crashing.

Fiat Chrysler is recalling certain model year 2013-2016 Fiat 500e vehicles manufactured between March 22 2012 and January 29 2016. It warns that the power inverter module (PIM) may experience voltage spikes which can cause the propulsion system to shut down and loss of motive power. Such a loss of motive power can increase the risk of a crash.

Although the models are currently only available in the USA, specifically Oregon and California, it highlights the problems caused by having to recall electric cars when software or technology goes wrong.

Other manufacturers, such as Tesla, have made moves towards wireless software updates, much like mobile companies who issue software patches for customers to download immediately.

In this case, a routine component check carried out by the company led to the recall, not a customer complaint or observation. Fiat is yet to roll out the 500e in Europe, and this episode highlights the potential issues with software problems if mass recalls are to become a regular occurrence.