Has the Samsung S8 allayed safety concerns caused by the Note 7? 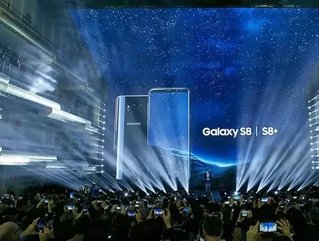 Trust is something hard to earn but quick to burn and, once burned away, hard to earn back. This is especially true for businesses, and more true still in today’s business climate for very large corporations like Samsung.

The smartphone giant had to launch a massive PR and outreach campaign to secure its brand status after last Autumn's tragic Note 7 events exploded into a crisis for the company and its customers. Crisis communications experts from around the world thought that Samsung’s handling of the Note 7 safety problem was quite poor.

Samsung is now preparing to launch its latest upgraded smartphone product, the Galaxy S8. The question is, will this latest phone be well-received by customers and buyers, or will sales fall into a deep, dark hole due to what happened with the brand’s preceding model?

According to research from Reportlinker involving 502 U.S. respondents, the forthcoming Galaxy S8 is going to be well-received by Samsung customers. Concerns about that phone’s probable safety and quality have diminished substantially, with 66 percent of Samsung customers “very likely” to upgrade to the new offering, up from just 51 percent in October, 2016. 89 percent of customers overall are likely going to buy an S8 Galaxy.

Is this positive outlook a matter of fierce brand loyalty among Samsung customers? If so, the famous brand loyalty of Apple iPhone customers may be on the wane. Apple customers are less confident in their smartphone’s safety at writing time than they were back in October, 2016 (a 12 percent fall-off), even though four-out-of-five smartphone customers across brands say they’re not worried about their phones’ safety.

Apple may already be feeling the somewhat negative perception among its customers. At the time of this writing, the launch of its new iPhone 8 looks like it’s getting pushed back from this coming September to October or November.