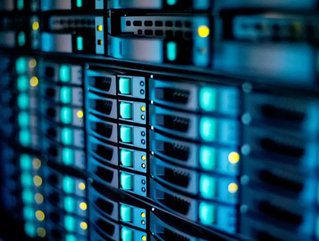 American multinational enterprise IT firm Hewlett Packard Enterprise (HPE) was founded in 2015 out of Hewlett-Packard...

American multinational enterprise IT firm Hewlett Packard Enterprise (HPE) was founded in 2015 out of Hewlett-Packard.

Focusing on business, the organisation works in areas such as servers, storage, networking, consulting and financial services.

One of the company’s recent initiatives has seen it win a $160mn contract to build a Finland-based supercomputer to be used by a consortium of European countries for research in science.

The supercomputer, which is known as LUMI, is to be available to private and public organisation for research and development in areas including healthcare, weather forecasting and AI.

In a press release, Peter Ungaro, senior vice president and general manager, High Performance Computing (HPC) and Mission Critical Solutions (MCS), said: “We are committed to supporting the European High Performance Computing Joint Undertaking (EuroHPC JU) to seize opportunities in next-generation supercomputing to bolster research in science, advance innovation and unlock economic growth. We are excited to collaborate with the EuroHPC JU, and through our partnership with AMD, leverage our unique capabilities in compute, high performance networking, storage and software to help improve the way people live and work.”

In another demonstration of the company’s supercomputing credentials, HPE has been selected to build Australia’s most powerful supercomputer at the Pawsey Supercomputing Centre, again for research purposes.

Nick Gorga, general manager, HPC and AI, APAC-India, said: “Scientific breakthroughs made by world leading research centers, such as Pawsey Supercomputer Centre, inspire us to continue empowering the community with powerful supercomputing solutions that combat the broadest range of challenges. We look forward to collaborating with AMD to build Pawsey the most powerful system for the region and boost Australia’s research capabilities to advance missions from understanding human viruses to discovering new galaxies.”

You can read about the company’s work with the American University of Beirut Medical Center in the latest edition of our magazine.