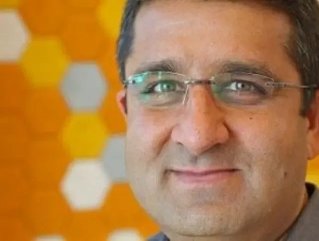 A new report, IT Trends Report 2015: Business at the Speed of IT, from IT performance management software specialist Solar Winds demonstrates the significance of IT and IT’s ability to successfully adopt and implement new technology that drives business success. It also highlights the need to empower IT to overcome the challenge of delivering on the promise of these technologies and potential business impact in today’s increasingly hybrid environments. While 96 percent of IT professionals surveyed said adopting significant new technologies is important, many cited barriers to successful adoption that have resulted in achieving mixed results, such as budget (77 percent) and shortage of personnel (44 percent)—two key areas they also identified as top needs to feel more empowered.

“These findings highlight the vital role that IT and technology now play for today’s businesses. Businesses can only progress and perform as quickly as IT enables them to—it’s business at the speed of IT,” said Suaad Sait, executive vice president, products and markets, SolarWinds. “Empowering IT—especially to successfully adopt and implement new technologies quickly—should be a top priority for every organisation. This will become more important as we move further into the hybrid cloud era. The Cloud offers tremendous opportunity to streamline business and reduce costs, yet, as the study finds, three out of five organisations have migrated less than 25 percent of their infrastructure and about one in ten have not migrated anything. IT must be given the resources they need to make this transition. Otherwise their businesses may suffer.”

OK, what exactly do businesses face if they are not up to speed with new technology adoption, I asked Suaad. "Firstly, the speed and performance of your applications becomes an issue. This can be an on-premise application or a hosted app or one in the cloud, which causes end-users to complain. As a result, 'slow is the new down' – and the hunt begins for what is causing poor performance. It could be the network, the system, the database, storage array or the application itself. When performance becomes a problem, businesses can unfortunately loose customers, or experience problems when gaining a new one. Businesses should ask: 'Can we afford not to respond?'

"Secondly, if your competitors are adopting technology faster than you and their business is moving faster, you can lose out. Better integration of systems increases the efficiency of the business, and is more effective than phone calls and manual processes.

"Thirdly, in this day and age, there are lots of compliance standards that you have to follow for IT environments which must be adhered to, or else risk breaking the law. Moving to implement the compliance tech quickly is key."

Finally, he says, time is money for business. "If you need five servers, two databases, and you need them now, you can buy all the hardware for it, which could take weeks, or you can use your credit card and be up and running with what you need in five minutes.

Among the key findings of the survey are:

- Nearly all (96 percent) of IT professionals who responded to the survey indicated that adopting significant new technologies is at least somewhat important to their organisation’s long-term success; of those, 42 percent said it is important and another 20 percent said it is extremely important

- Budget limitations ranked as the top barrier to adopting those significant new technologies, followed by inability to convince decision makers of the need and/or benefit and concerns around disrupting business/end user performance, respectively

- While 63 percent of survey-takers indicated they view their organisations’ CIO as an enabler in adopting significant new technologies, more than one-quarter said their CIO is either a barrier or uninvolved

Without empowering IT to effectively overcome these barriers, organisations struggle to achieve expected results from technology adoption within anticipated timeframes, and to ensure overall business-critical technology performance.

- Less than half of the survey-takers said their organisations’ last adoption of a significant new technology achieved expected return on investment within the projected timeframe; while more than one-third said it took longer than expected—13 percent of those said it took much longer

- Nearly 90 percent of respondents said their organisations’ end-users were negatively affected by a performance or availability issue with business-critical technology in the past twelve months; nearly a quarter of those reported that such issues occurred six times or more

To better empower IT to overcome these barriers and drive the success of their businesses through technology adoption, organisations must first provide IT with more resources, better training and development and greater autonomy.

- More than 40 percent of survey-takers said more resources, such as budget, personnel and time, ranked as their number one need to feel more empowered