MESIA says solar projects worth $2.7 billion could be announced in the Middle East and North Africa this year 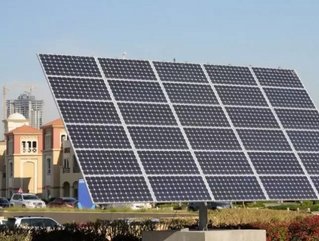 A study by the Middle East Solar Industry Association (MESIA), MENA Solar Outlook 2015, indicates that 1,800MW worth of solar projects will be tendered or awarded during the next twelve months. The projected figure of $2.7 billion represents a six-fold increase on 2014, when under 300MW of solar projects were awarded.

Even when compared to the lower oil prices, solar makes economic sense. “The cost of large scale solar PV is similar to the cost of generating power with oil at $20/barrel,” said Vahid Fotuhi, President of MESIA and Director of Origination at Access Power MEA. “As long as oil remains above $20/barrel it is more economically attractive to use solar for electricity generation and keep oil for more valuable purposes such as transport fuels,” Fotuhi added.

There are two factors fuelling the sharp rise in solar projects in the MENA region. First, the price of solar systems has dropped dramatically over the past few years; roughly $7.00/watt in 2008 to less than $1.50/watt in 2014. This amounts to more than a 75% cost reduction. It means that for the same budget as a 10 MW solar PV power plant in 2008, a plant five times larger can be built today without having to spend a penny more.

At the same time as solar prices are decreasing, the cost of generating electricity from natural gas is on the rise. Regional governments have historically been able to produce or import natural gas for less than $2.00/MMBtu. Today, however, much of the new domestic natural gas production could cost up to $8.00/MMBtu to deliver to the market. By comparison, the cost of solar today is equivalent to burning natural gas at approximately $4.00/MMBtu. This provides gas-strapped governments with an economically viable option to generate electricity.

The study includes a detailed database with information on each solar project that will be tendered in 2015. This database will be made accessible via the Members Portal section of the MESIA website.