Online services in Pidgin launched by the BBC 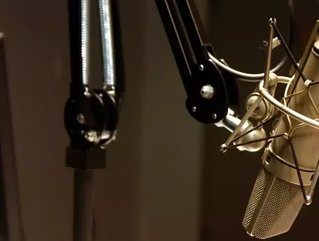 A new language service for digital platforms in English-based Pidgin for West and Central Africa has been launched by the BBC World Service.

The British media giant has launched an online portal that will be entirely in Pidgin and feature text news, features and podcasts.

Since the launch of the Wazobia FM, the first Nigerian station to broadcast fully in Pidgin, in 2007, the language has gained increased popularity as a medium of choice for broadcast across the country and the sub-region.

According to the BBC announcement, there are over 75mn Nigerians who speak Pidgin in Nigeria, around half the population, with additional speakers in Cameroon, Ghana, and Equatorial Guinea.

It will shortly be followed by new online services in Amharic, Afaan Oromo and Tigrinya, aimed at Ethiopia, Eritrea and diaspora audiences around the world.

Further services, including Korean, are set to launch from this autumn. This expansion means BBC News will operate in more than 40 languages.

Describing the wider project as a “new chapter” for the BBC, the broadcaster’s Director General, Tony Hall, said: “The BBC World Service is one of the UK’s most important cultural exports.

“In a world of anxieties about ‘fake news’, where media freedom is being curtailed rather than expanded, the role of an independent, impartial news provider is more important than ever.

“The new services we’re launching will reach some of the most under-served audiences in the world.”

Pidgin English is a mixture of English and local languages which enables people who do not share a common language to communicate.

Pidgin is one of the most widely-spoken languages across the region, even though it is not officially recognised.

"It's a challenging, exciting experiment," said Bilkisu Labaran, the BBC's Editor-in-chief in Lagos.

BBC Pidgin is the first African digital service that aims to provide news, current affairs and analysis of Nigeria, West and Central Africa, as part of the biggest expansion of its World Service since the 1940s.