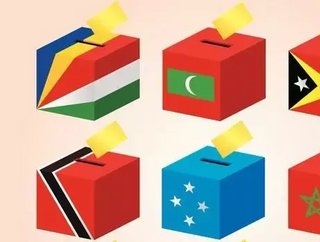 According to multinational Smartmatic, electronic voting can help to unblock democratic obstructions a la Gambia's recent fiasco. Smartmatic offer both electronic voting and internet voting. It is the largest global provider of elections services - Smartmatic runs over 3,500 elections across five continents, counting 3.7 billon votes to date. We speak to CEO Antonio Mugica about goals, George Bush and Gambia.

Can you tell me a bit about your background, and how you came to found Smartmatic?

Smartmatic came to life as an electronic voting company in the aftermath of Florida’s shocking “hanging chad” debacle in the 2000 US Presidential election. The election results had been a virtual tie, which meant that everything depended on the outcome in Florida, which was also extremely close. However, “hanging chads” – where ballots had not been punched through properly – meant there were 9000 votes in the state that did not clearly show which candidate had been selected. In the end, the Supreme Court intervened, declaring George W. Bush the winner.

At that time, I understood that better use of technology in voting systems can increase the transparency, accuracy, and integrity of elections and make voting more accessible. This in turn, could allow societies to reverse declining trends in turnout and citizen participation.

Our first voting system was market-ready in 2003. Shortly after, we won the open bid to run the 2004 recall election in Venezuela. This first use of our voting machine was a great challenge. I am proud that our technology performed flawlessly, drawing recognition from some of the world’s most important observation missions. Since then, we haven’t looked back.

Today, we offer election commissions a comprehensive portfolio, which encompasses technology and services solutions to improve each stage of the election, from candidate registration, all the way to voter authentication, online voting and results publication.

Can you briefly describe Smartmatic’s achievements since it was founded?

Since 2000, Smartmatic has helped hundreds of millions of people cast more than 3.7 billion votes in election projects in five continents, without any security or privacy breaches. One achievement I feel particularly proud of is the positive impact we have had on participation levels. By making elections more inclusive, and facilitating a better voting experience, we have increased turnout – a paramount goal of any democratic election.

How can technology enhance elections through a) security b) transparency c) speed?

Security, transparency and speed are all variables that have a direct impact on the credibility and legitimacy of an election. When you improve how votes are registered, stored and processed; when you improve how the information is protected; and when you put in place mechanisms to allow everyone to validate that the will of the voters is accurately reflected in the outcome of the election, you are enhancing elections.

Smartmatic’s technology is secure, accurate, fast and auditable, which increases trust in the result for voters, government and the international community. Our methods breathe efficiency into every stage of the election process, speeding up voter authentication, preserving vote secrecy, making the storage, counting and transmission of votes 100 percent secure.

A real-life example that shows the speed of our technology was the 2016 Philippines elections.  Using electronic counting meant that results were published in real time. The President was known by night time on Election Day with 86 percent of votes transmitted by election night. This is no mean feat in a country spread across more than 7,000 islands and with one of the biggest diasporas in the world. Before automation, it took weeks to have even an idea of the results.

Where does Smartmatic operate in Africa?

Smartmatic has operated in Uganda, Zambia and is currently deploying an identity management project in Sierra Leone.

In Zambia, 2010, we worked with the United Nations Development Program and Zambian authorities to modernise the voter registry using biometric technology. The project was a success and five years later, we updated this same voter register ahead of the 2016 elections. We also helped the Electoral Commission of Uganda modernise its election processes to increase transparency and efficiency ahead of the 2016 General Elections. We supplied over 30,000 biometric machines across 28,010 polling stations, so that from the capital of Kampala to remote rural communities, we helped verify the identity of over 15 million people.

Currently, we are working with authorities in Sierra Leone to help them register citizens who live all over the country. To manage this project, we are providing approximately 3,800 registration units and a host of other devices and services.

Well-designed technology can help the efficiency and transparency of any election, regardless of location. Whether in California, China or Gambia, a clean voter register is a first and necessary step toward a legitimate election. Voters can be authenticated more effectively with biometrics, they can cast their ballots more easily with touchscreen devices,and authorities can speed up tallying and results publication with purpose-specific technology.

Just like any other country around the world, Gambia could reap the benefits of election technology should it decide to modernise its elections with us.

What are your future plans for Smartmatic?

We believe the future of democracy is digital. Technology has the power to engage all citizens in democratic decision-making by an accessible means they can trust, thereby bringing governments closer to those they serve.

We plan to continue innovating to get even closer to communities and see how our technology can play a greater role in improving their lifestyles. We want to help curve voter apathy, distrust, and disengagement by making participation easier and more secure. We believe technology can bolster democracy, and we plan to work to make it happen.