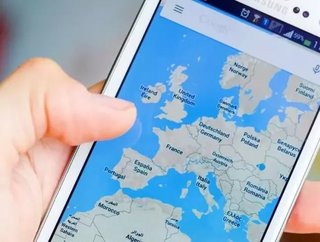 Whatever resonates with you, they are such a big part of our personal and business life, they have ceased to be an accessory and become an appendage of the modern human.

The smartphone market is a dynamic and vibrant arena but it is also fickle. Nokia handsets were once at the top of the mobile tree, but has witnessed rapid decline from 2008 when it held 38.6 per cent of the global market. By 2013, Nokia's market share had fallen to 13.9 per cent, a decline of nearly 25 per cent in only five years.

At the time of writing, August 2016, Blackberry is considering exiting the mobile market altogether as its share of sales dropped to 0.2 per cent Q1 2016. A long way from the healthy 20.1 per cent of the market it held in Q1 2009.

Handsets which also featured included the iPhone 6S Plus, described by TechRadar as 'the best phone Apple ever made', Oneplus 3, and the LG G5.

Samsung's top billing and the fact that most of the top 10 smartphones use the Android operating system comes as no surprise. In Europe's top five markets known as the EU5 - France, Germany, Italy, Spain and United Kingdom – Samsung and Android, the smartphone software, clearly hold sway.

According Kantar Worldpanel, a leading company in global consumer knowledge and shopper insight, of the five biggest European markets, Android handsets accounted for the most sales, easily out selling iOS and Windows software.

Samsung was the dominant smartphone brand across the EU5 holding a clear market lead in some nations while being challenged closely in other countries.

“In Germany, Samsung accounts for nearly half of all smartphones sold, with Apple and Huawei fighting for the remainder,” Dominic Sunnebo, Business Unit Director for Kantar Worldpanel ComTech Europe, revealed. “In Great Britain...the brand battle is also much closer. Samsung accounts for 36.2 percent of smartphones sold in the period (three months to May 2016), with Apple trailing closely at 36 percent thanks to a strong showing by the iPhone SE.”

So, while Samsung is the leading consumer smartphone of choice across the five nations it is facing competition from Apple, and new-kids-on-the-smartphone-block Huawei.

The Chinese company secured third place across the five major European markets growing by a healthy 7.4 percent year on year for a 12.5 percent share of the European top five market smartphone sales in the three months to May 2016.

The most lucrative markets for Huawei were to be found in Spain and Italy where the company grabbed an impressive 21 percent share of consumer sales. In both these countries the P8 Lite model proved immensely popular.

Both Spain and Italy have also witnessed a decline in the sales of Samsung handsets. The Korean company's sales dropping by 7.6 percent in Spain and 5.6 percent in Italy, though in both nations the smartphone manufacturer still remains the top selling brand.

The choice of smartphone, basically a small computer, has become as important to business efficiency as the desk, telephone and filing cabinet was in the 1970's.

The smartphone global marketplace is a high intensity, extremely lucrative and competitive market, and there is no reason to suspect that is about to change, not least across the EU5.