Siemens: digitalisation is a key economic driver in Africa 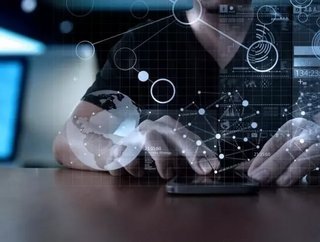 Digitalisation is considered to be a key economic driver, and one that will allow countries around the world to grow GDP, create employment and reduce spending, South Africa Siemens CEO, Sabine Dall’Omo announced yesterday.

Speaking at the inaugural Internet of Things Africa Summit in Sandton, Dall’Omo added that more can be done by both business and government across Africa to grasp opportunities and take advantage of such technologies.

“The Internet of Things (IoT) is easy to identify when you think of business to consumer. We have moved from record stores to live streaming or from taxis to ride sharing. Disruption can, and does, have a positive impact on critical sectors in business markets, yet more must be done to embrace this new era, this 4th industrial revolution,” says Dall’Omo.

The business of digitalisation at Siemens will see market growth of 7-9 percent by mid-2020, Dall’Omo claimed. She added that businesses will use intelligence to manage physical engineering systems like turbines, trains and energy grids.

According to Siemens, this growth is being driven by a number of megatrends. These include: the growing and aging world population, global warming and weather extremities, globalisation, investment abroad, and greater urbanisation.

“We have made a number of strategic investments into South Africa’s digitalised economy,” said Dall’Omo.

Siemens believes that its technology (pre-paid metering connected to a smart digital grid) can alleviate both the cost burden of copper cable theft of between 5 and 7 billion rand and the municipal debt owed to Eskom, which reaches into the billions. Siemens technology is currently being used at PRASA's Gauteng Nerve Centre to enable greater efficiencies in rail operations.

Dall’Omo commented: “In order for South Africa to compete on the world stage, the IoT and digital transformation must be part of today’s business conversation. There are also a number of downstream benefits in the digitised economy. The world is moving away from trading in goods and services and towards data trade”.