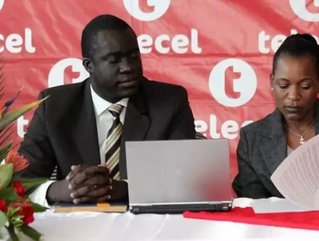 Telecel, Zimbabwe’s second largest mobile service operators, is in talk with banks in a bid to secure $200 million funding for its expansion plans.

The company, which is jointly owned by Telecel Globe, a subsidiary of Orascom Telecom Company, and the Empowerment Corporation, is looking to increase its subscriber network by a half a million from the current five million by the end of the year.

The company’s General Manager, Angeline Vere, outlined the company plan for expansion while appealing to the Zimbabwean Government to tighten legislation against those people not licensed to provide telecommunications’ services which were adversely affecting Telecel’s growth.

She told the parliamentary portfolio committee on communication technology: “Our appeal to you as legislators is to review the laws to ensure penalties are stringent to deter these criminals.”

Telecel has a 28 percent market share and is also looking to increase its active subscriber base to 3.3millin from 2.3 million.

It is also aiming to increases its 3G reach and has already started fibre optic connectivity and finalised a move from microwave connection to fibre for the Harare to Gweru route and was working on Gweru to Bulawayo.