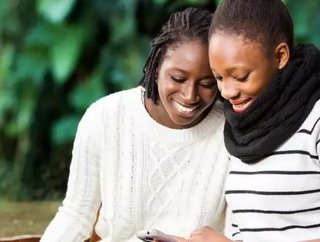 Teta Mobile Chat, an instant messaging and social media app, is likely to become a major rival in Africa to WhatsApp, the world’s most popular social media app. Unlike WhatsApp and many other messaging apps, Teta allows users to chat, send and receive files without incurring any form of mobile data charges.

Hit Teknology reported that Teta users can operate without any data or airtime so long as they access the service through a participating network provider. The app is currently available to smartphone users on Vodacom in South Africa.

Teta was invented by Lisa Phendla and Themba Moyo.

“Right now, [electronic] communication is a privilege,” Phendla said. “This is our attempt to solve an African problem, which is the cost of communication.”

Moyo added that once Teta becomes established in South Africa, it will use advertising revenue to expand to other countries in the regin by targeting teleocom operators like the MTN Group.

At the moment, US-based WhatsApp is used more than any other instant messaging app n Africam but competitor like WeChat (China’s biggest internet -based mobile messaging platform) are increasing their share of the market.

With apps like WeChat and Teta expanding, many African governments a becoming wary of social media and messaging apps, and are attempting to regulate access.

Built on a Vodacom-developed platform, the app is currently being used by Absa Bank to allow the user to access banking services without needing an airtime or a data plan. It is currently available for download in Google’s Play Store and will be on Apple’s App Store in 2017.