What do we know about the iPhone 7 and Apple Watch 2? 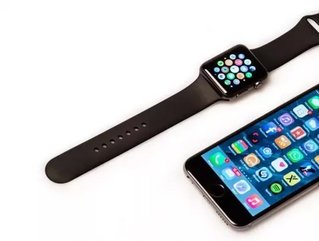 Rumours are circling as to what the highly-anticipated iPhone 7 and Apple Watch 2 might be like. Both are due to be released in September and both are thought to be somewhat different to their earlier models.

Apple’s 14th smartphone should also appear alongside a larger iPhone Plus/Pro, but unlike its predecessors, it appears that the new device may not come with a headphone port. Sites such as alphr.com are confident that this rumour at least is true.

Another rumour is the introduction of a dual camera which will improve the quality of pictures taken in low light and speed up the auto-focusing. However, whether this comes as standard (or at all), is not certain.

There is also talk that the iPhone 7 could come with an extra GB of RAM, offering 7GB versus the iPhone 6’s 6GB. The chip used to provide this could, ironically, be made by Samsung.

Preview images of the phone suggest that battery life will increase from 6.61Wh to 7.04Wh, with prices likely to remain the same as the iPhone 6, starting at around £500. Finally, it is expected that the new iPhone will be fully waterproof.

What about the Apple Watch 2?

In terms of the smartwatch, as well as appealing to techy crowds, Apple has signalled its intention to make the Apple Watch 2 much more desirable to a broader audience. It will do so by offering more clock faces and more independence from the paired iPhone. An increased range of straps and bands will also allow the Apple Watch 2 to appear more fashionable.

Rumours include Apple keeping battery life the same, making the watch waterproof and offering a greater range of mid-range models to plug the price gap between entry and top range.

In the coming months before its launch rumours will continue to circulate. What looks to be certain is that Apple is stepping up its game, again.