What to expect from Apps World London 2016 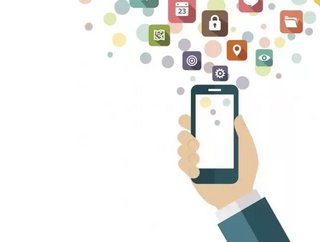 The next big things in the mobile phone app space will be discussed by some of the industry’s top players for the first-time at the upcoming Apps World London 2016, bringing together the world’s biggest brands, start-ups and developers to discuss the future of multi-platform applications.

As the conference’s newest addition, Bot World will feature the most influential brands, developers and pioneers of this new technology. With keynotes from Facebook, Microsoft, Uber, KLM, Pinterest and Skyscanner already confirmed, visitors will hear what opportunities exist in the space and what strategy is needed to monetise them.

In addition to Bot World, Apps World London 2016 – which takes place at the ExCeL London from October 19 to October 20 – will also explore three other themes, including Mobile Marketing, Developer and Start-ups. This year, the conference includes more structured and tailored networking functions for each conference stream, including interactive features for delegates, exhibitors and visitors.

“We’re really excited to welcome everyone back to Apps World, which is now in its eighth year,” said Laurence Coldicott, Conference Producer. “This year we really wanted to tell the story of the journey of the app from start-up to brand and that’s reflected in the content with a huge variety of companies already lined up. We’re also really proud to present the first-ever Bot World which will showcase the latest in app trends and technology.”

Artificial Intelligence and Virtual Reality also feature heavily in the Apps World London agenda – with former Queen guitarist Brian May delivering a keynote about the launch of his Virtual Reality platform on Day 2.

In total, the show – which is collocated with VR and AR World – will bring together more than 250 senior level speakers from across the entire app ecosystem and more than 150 exhibitors showcasing the latest products. Other key brands attending the show and taking to the stage include Tesco, MTV and Viacom.

To view the full event programme and speaker list, or to register for the event, please go to https://tmt.knect365.com/apps-world/.