What fastest growing tech ecosystems can learn from each other

By Janet Coyle, Director of Silicon Valley Comes to t
May 19, 2020
undefined mins 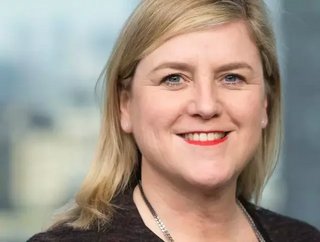 According to a recent report published by the British Business Bank, returns from UK venture capital funds are almost identical to those in the US. The report compares firms in both regions for over the past 17 years and sheds doubt on the popular belief that US funds consistently outperform those in the UK. Historically the relationship between the US and the UK has been positioned as 'big brother and baby brother’ but actually they have been on par for some time now in many ways; such as access to growth capital, infrastructure, world-class universities and talent.

Collaboration is the lifeblood of both Silicon Valley and the UK, two of the world’s leading tech powerhouses that continue to be celebrated for the strength of their innovation. Having spent some time in Silicon Valley – and of course in London – working with successful startups and scaleups, I have witnessed first hand what both these regions have to offer. And it isn’t just me.

Raina Kumra CEO of Juggernaut LLC believes the two ecosystems are complementary but also have much to learn from one another in terms of realising the incredible value and potential of the people within them.

Whilst the healthy competition between the US and the UK has been a catalyst for driving growth and investment, there is also a lot to be gained from harnessing the synergies between both hubs.  Through cross-border collaboration, London and Silicon Valley will continue to pave the way for developing new ideas and innovations by creating environments that give the brightest minds access to those vital ingredients for growth.

Over the past ten years, Silicon Valley has dominated the startup investment landscape, receiving over $110bn worth of venture capital and private equity funding according to data released by intelligence platform, Quid. London is also showing strong growth, attracting $34.2bn in growth capital, more than three times the amount of total funding received by other tech hubs such as Paris, Berlin and Tel Aviv.

But as the British Business Bank report has shown, London is a tech industry heavyweight in its own right. Home to 36 out of the 60 UK unicorn startups, the Capital represents more than a fifth of all unicorns in Europe at a total valuation of $132bn. The most recent companies to join London’s unicorn club include Monzo and Revolut. London’s increasing share of investment signals how fast it is becoming the go-to destination for start ups alongside Silicon Valley.

Even in spite of the ongoing political turbulence, Silicon Valley investors are growing increasingly interested in UK businesses and have displayed plenty of appetite for the cutting-edge technological innovations being developed across the pond. The 'Golden Triangle' between Oxford, Cambridge and London is now home to many pioneering and innovative start-ups and a rich source of tech talent.

The growing presence of Silicon Valley investors in London and vice versa should be welcomed as a means to keeping the doors and opportunities open for globally ambitious companies. In the long term, the strong links between these regions will undoubtedly continue to create a pipeline of capital and knowledge which will enable ambitious founders to fulfil their vision and scale their companies.

Technology has created more opportunities, with job roles that simply didn’t exist decades ago now ubiquitous in the modern workplace. Both Silicon Valley and the UK have become hotbeds for developing the technology talent to fill these roles. Technology and innovation are a driving force behind London’s future growth, with employment in the city’s digital technology sector predicted to increase by almost a fifth over the next decade.

In today's rapidly evolving digital landscape, talent is a fundamental building block for every startup to maintain its competitive edge. Both Silicon Valley and London have always kept their doors open to the wealth of talent the global tech ecosystem has to offer. By welcoming people from different nations, both hubs are in turn able to offer a wider pool of diverse and specialised talent which startup founders can capitalize on.

Both destinations are known for championing and nurturing exceptional talent from the ground up, giving plenty of resources and space for fresh ideas to grow. Strong ties with world-class university institutions and the entrepreneurial ecosystem will continue to provide the tech industry with top talent and intellectual property. In 2018, the total number of patents stemming from both London and Silicon Valley across Fintech, AI, MedTech, Cybersecurity, Gaming, Smart Cities and AdTech surpassed 700, compared with just under 200 applications five years prior (2013).

However, with a globally-recognised skills gap making the hunt to attract and retain top talent ever harder, there remains plenty of room on both sides of the pond to facilitate introductions and connections, and encourage mentorship to inspire the next generation of innovators.

London is second only to Silicon Valley for inbound global connections. A quarter of entrepreneurs across the world report having a significant relationship with two or more entrepreneurs in London, compared to a third for Silicon Valley. As an industry we must continue to draw on both ecosystems’ core strengths and build stronger links that will benefit the wider entrepreneurial community, from business leaders to innovators, founders and investors.

Both regions have become the birthplace of some of the world’s most pioneering companies, but the ecosystem also need to make sure the future is even brighter.

As companies continue to push boundaries in technology which shape our world and society, Silicon Valley and the UK have the power to steer its growth in a sustainable way. More businesses are being led by a mission to make sure their social and environmental impacts actually benefit the world in which they operate. Investors are also beginning to wake up to the fact that there is a fine balancing act between portfolio companies doing well (commercially) while doing good.

Right now, the UK and Silicon Valley are experiencing unprecedented growth, which also comes with unprecedented influence and responsibility. Positioned as the world’s innovation leaders, both titans must ensure future generations of tech innovators and entrepreneurs are able to make their monumental marks on the world.

Janet Coyle is Director of Silicon Valley Comes to the UK.  This is the landmark invite-only event led by London & Partners (the Mayor of London’s promotional Agency) which welcomes some of the USA’s most successful tech entrepreneurs to the UK. To date, the landmark industry event has hosted over 35,000 guests and supported over 740 CEOs of high growth companies to overcome barriers to scale and learn from mentors and peers.

Taking place between 18 - 20 November 2019, SVC2UK will be hosting a series of thought leadership debates and intimate events across London, Cambridge and Oxford, that will connect globally influential serial entrepreneurs, industry leaders, investors and leading academics with proven and aspiring CEOs to help them scale and reach their fullest potential.