What's next for mobile networks? 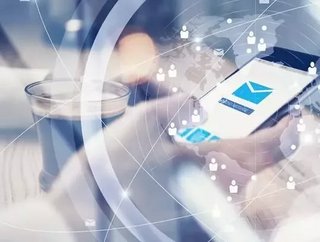 There is no question about it, data has become an integral part of our daily lives. The ability to access data as and when we need it from our mobile phones is now something that we all just expect and some of us even take for granted. The cost of data, especially in 2016, regardless of what mobile network you subscribe to has been a topic under great debate. Irrespective of whether you are a consumer, a business or a government, it’s a subject that affects millions of people. As we take our first steps into 2017, the question still lingers, should mobile network operators (MNOs) have the power to deliver patchy coverage and bandwidth, and charge such exorbitant network roaming charges to access a commodity as important as data? How do we see this panning out over the next year?

A matter that’s generated a lot of interest in the UK over the past year is what to do when the network coverage that you’re paying large sums of money for is feeble. As a group of Ministers of Parliament correctly raised, customers should have the power to roam between networks in regions where signal strength is poor and reception is non-existent. In the year where technologies such as IBM Watson and virtual reality have taken the world by storm, how are we still struggling with cellular basics such as decent network coverage?

In 2017, the issue of network roaming will be top-of-mind for MNO’s. According to the British Infrastructure Group, 17 million people across the UK have poor or no reception at home. Furthermore the report goes onto highlight that, ‘it is absurd that visitors to the UK receive better and broader mobile coverage, because foreign SIM cards enable roaming across national networks’.

This failure of national MNO’s to adequately improve network coverage will cause issues, especially as new business models emerge from Mobile Virtual Network Operator’s (MVNO’s) hoping to take advantage of these failures. MVNO’s with wholesale agreements have the ability to provide end-users with the best possible network coverage in any given area, dependent on signal strength through a simple SIM card. This is an areas that will see tremendous growth in 2017. By purchasing network coverage wholesale, MVNO’s are putting the most important person at the heart of their business model – the consumer.

Building on the issue of national roaming, especially in the UK, the rise of the dual SIM card will continue to gather momentum in the year ahead. Already a staple of mobile life in Asia, the dual SIM will continue on its path and translate success from emerging markets to established markets. Users are demanding a better experience, and this is where developments such as dual SIM can play a part. The flexibility afforded dual SIMs means you can have two profiles, each with a different calling plan.

Alongside this, Multi-IMSI is also an upcoming trend with MVNOs very much leading the charge on this. The ability to provide end-users with one SIM card that has the ability to be assigned to multiple locations has huge implications for network roaming. Not only does it enable automatic assignment of operations based on network coverage but it has the capability to help end-users avoid expensive network roaming charges. This again plays on the premise of providing the end-user with the power to select which network is best suited to their needs at any given moment in time, be they home or abroad. Taking the power away from the MNOs and handing it straight to the end-user.

The words on the lips of every MNO as we head deeper into 2017 – the abolishment of roaming charges. From mid-2017, the EU plans to eliminate roaming charges across its member states to safeguard the consumer. Whilst this sounds straightforward enough in theory, that reality is that there are still roadblocks and kinks to iron out in the proposed legalisation as MNO’s look to push back.

With the potential end of roaming charges in Europe in sight, MNO’s will undoubtedly be looking to rethink their network packages as they strive to make a profit from their other services to compensate for the impending loss of inflated roaming costs. Putting this into perspective, it’s estimated that UK mobile customers pay a combined mobile bill of £573 million after spending time in the EU. As MNOs try to make up for this loss of revenue, there is a risk that they will default to pushing up the prices of existing mobile phone contracts – with unregulated roaming costs outside of the EU particularly vulnerable to price hikes.

That being said, legislation also has the potential to reinvigorate innovation. In 2017, we’ll definitely see MNO’s looking towards other areas of their business such as improving data experience and widening product ranges as a way to drive ensure customers remain loyal and that revenue continues to come in.

Over the next year, we’ll definitely see huge changes in the business models of MNOs. New players in the industry, the rise of the dual SIM and forthcoming legislation will force telcos to show their hand and change their approach to mobile networks.

Ultimately roaming only exists because of the rigid network infrastructures put in place by national MNOs. Tear these down with a new business model, and network roaming practically becomes redundant. 2017 will be the year when we take a step closer to this. MVNOs will step up their game and challenge those with a monopoly on networks and at last start returning choice and power to the end-user.