Which country would win the 2016 SaaS App Olympics? 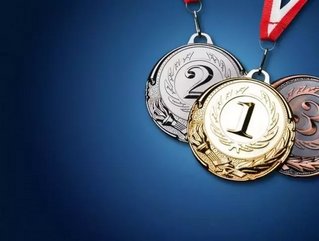 With hundreds of medals won at the Rio 2016 Summer Olympic Games, sportsmen and women from around the world made the headlines.

However, SaaS companies are also competing among one another to emerge victories in the ever-congested global app space.

The 2016 SaaS Summer Games, organised by GetApp, pits the top players in the world of cloud business software against each other in a fight to the finish. The aim is to find out which is the strongest software in a series of different categories - or ‘events’ as we’re calling them. We’ll also discover which countries produce the greatest SaaS software, based on the average rating given by GetApp’s users.

The idea is to celebrate the top vendors in the SaaS industry, give software buyers an insight into the most popular choices, and have a bit of fun along the way.

The categories, or “events”, featured at the SaaS Summer Games are:

Aside from these six categories, GetApp has also published an overall tournament leaderboard highlighting the top SaaS software-producing countries. This is based on the average user rating given to all applications originating from each country, across 27 different categories. To qualify for the SaaS Summer Games, apps need to appear in GetApp’s Category Leaders ranking of the top 25 software in a category.

GetApp’s users have cheered on their favourite software and trash talked their least favourite solutions to help these Summer Games come together.

Considering the amount of SaaS apps coming out of the US, it’s amazing that only one American vendor bagged a gold medal. Praise should go to their North American rivals Canada, who walked away with two golds. The former British Empire was well represented, with four of the six golds on offer going to Commonwealth countries (Canada, Australia and Great Britain). See the graphic below for more detail: