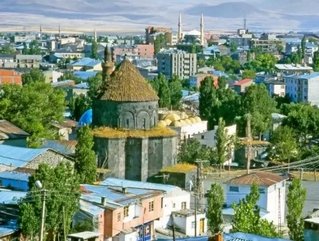 Turkey and Azerbaijan began construction of the new Trans-Anatolian gas pipeline (TANAP) this week. The strategic pipeline will bring gas from the Azerbaijan’s huge Shah Deniz 2 field to Turkish and EU consumers. Ankara increased its stake in the project to 30 percent last year. Azeri state-oil firm SOCAR holds 58 percent, while BP, which leads the consortium developing Azeri field, has the remaining twelve percent.

Turkish President Recep Tayyip Erdoğan and his Azerbaijani counterpart Ilham Aliyev were present at the ceremony in the north eastern city of Kars celebrating the beginning of work on the $10 billion pipeline in Turkey's Kars region. "We plan to establish Turkey as the energy distribution hub of the region," said Erdoğan.

Meanwhile Russia’s Gazprom and Turkish pipeline company Botas agreed yesterday on a 10.25 percent discount on Russian gas supplied to Turkey, said Turkish Minister of Energy and Natural Resources Taner Yildiz. "The documents on the discount haven’t yet been signed, but that's a technical detail. The main thing is that we have agreed, and the signatures are on their way,” said Yildiz.

The discount was a condition of last year's agreement between Moscow and Ankara over the construction of the Turkish Stream undersea pipeline linking the two countries and which replaces the south Stream pipeline which Moscow was forced to abandon under pressure from the EU.